Nearly everyone knows a firefighter. They are our family, friends, and co-workers.  They respond to a stranger’s call for help without hesitation and serve with pride and compassion.

On Wednesday, May 4, 2022, the world observes International Firefighters Day, a worldwide day to recognize those men and women of the fire service for their dedication to public service and bravery in keeping us safe.

The National Fallen Firefighters Foundation (NFFF) is inviting communities to celebrate firefighters by lighting their homes in “red” on Wednesday. Lighting up in “red” would be a symbol of support to all of those who are there 24-hours a day, seven-days a week to protect us. You can also share photos and stories on social media with the hashtag #Shine4Firefighters.

“We have all been moved by the images of children, families, and the elderly impacted by the ongoing conflict in Ukraine,” Donna Clark, National Fallen Firefighters Foundation spokesperson, said. “There have also been images reminding us of the strength and bravery of firefighters and emergency service workers responding to the needs of their communities under the worst of circumstances.”

The day is a chance to pause and say thanks to those who make up the worldwide firefighting ranks, from career firefighters to military, wildland, and volunteer firefighters. Those who volunteer can come from all walks of life. They could be your banker, Little League coach, teacher, mechanic, or neighbor. But all firefighters, regardless of their backgrounds, have at least one thing in common: When the alarm sounds, they answer the call of duty to save lives and protect property.

Though they serve with pride and compassion, their service can be easily overlooked or taken for granted. It’s only in times of emergencies, when we need them, that we deeply appreciate firefighters’ training and responsiveness. And for these men and women who are first responders, this has been a particularly stressful time in light of the Covid-19 pandemic. Many have been on the front lines, helping patients, and some themselves have succumbed to the virus.

Across the United States there have been 141 firefighter deaths in 2021 with 63 attributed to COVID-19. Nearly 64 percent of calls answered by firefighters are for emergency medical services (EMS).

Muscatine has had only one firefighter death in the line of duty. Michael Kruse was 53-years-old and a 27-year veteran of the Muscatine Fire Department when he lost his life while fighting a house fire on the night of September 14, 2002. He was the only Iowa fire fighter to lose their life while on duty in 2002 and the 131st in the state of Iowa since records began in 1890.

International Firefighters’ Day is a chance to give back to those who give so much to their communities.

This day of recognition is at the very heart of NFFF’s mission of honoring and remembering America’s fallen firefighters, to help their families rebuild their lives and to prevent firefighter line-of-duty injuries and deaths.

International Firefighters’ Day has its roots dating back to 1999, when it was established to honor the lives of five firefighters who died the year before in a wildfire in Victoria, Australia, and to recognize the service and sacrifice of firefighters around the world.

The date for International Firefighters’ Day falls on the feast day of St. Florian, who was the first known commander of a firefighting squad in the Roman Empire and who is the patron saint of all firefighters. May 4 is also known internationally as St. Florian’s Day. 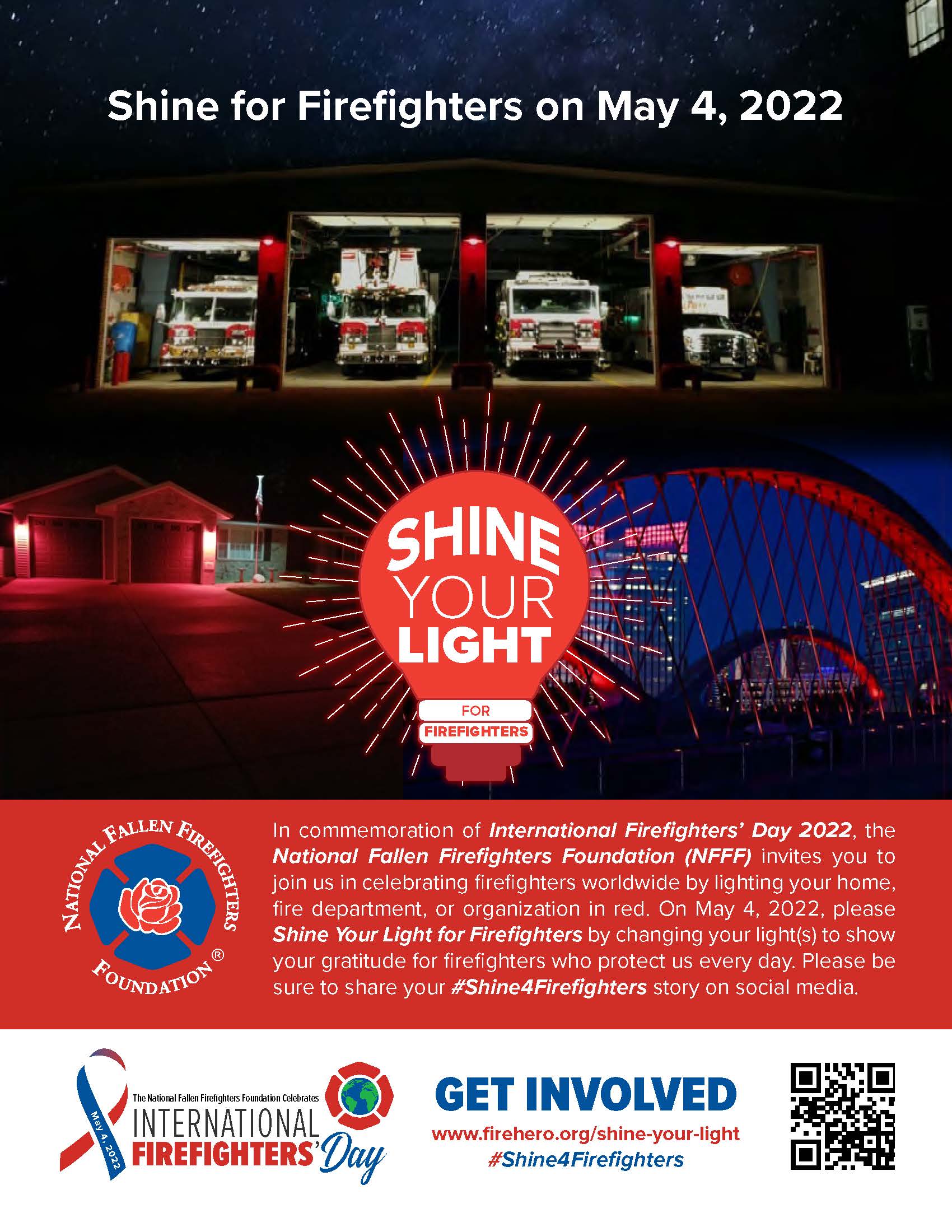