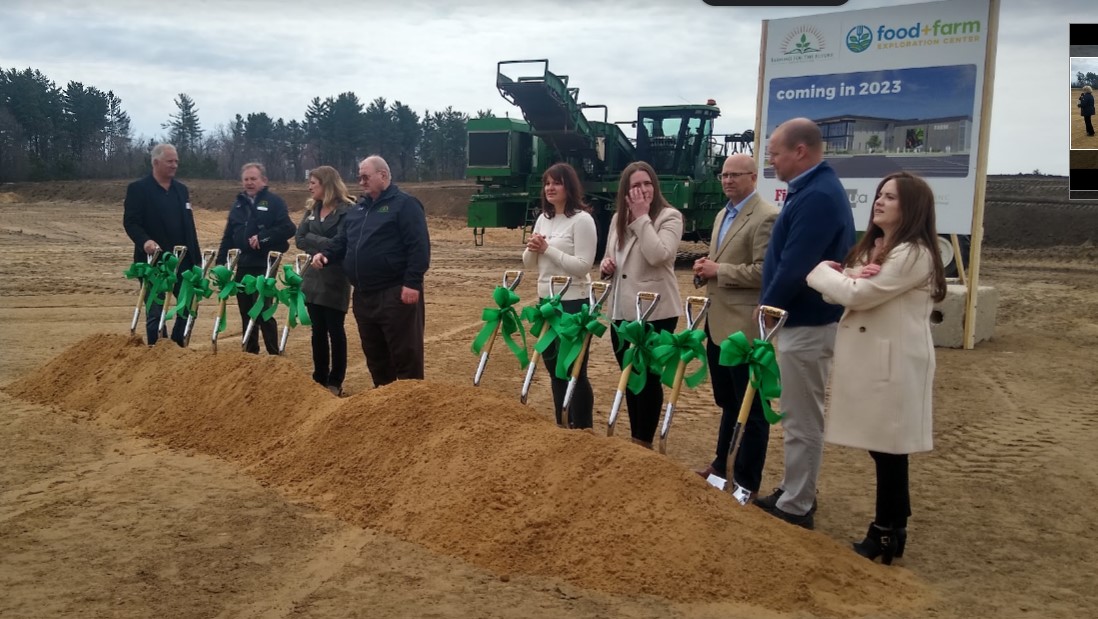 Construction is underway for a new education center that will help consumers and students better understand where their food comes from.

The groundbreaking ceremony for the Food + Farm Exploration Center in Plover, Wisconsin took place Friday.  Farming for the Future Foundation Executive Director Candise Miller tells Brownfield, “It’s going to be a hands-on exploration of a few things, so we’re going to have it be part science center, part children’s museum, part teaching and learning farm that’s really going to have something for everyone of all ages, so not just young people but adults, lifelong learners, to grandparents.”

Wisconsin Ag Secretary Randy Romanski says the Food and Farm Exploration Center will acknowledge the state’s strong agricultural past and present but build the future. “The center will provide learning opportunities for the future generations of producers, processors, milk haulers, and retailers and will assure that even those who aren’t involved in agriculture understand the impact of the industry in the state and the world.”

Plover Village Administrator Dan Ault tells Brownfield he predicts the center will draw visitors from around the country. “When you ask children where does food come from, and they answer ‘the grocery store,’ there’s a lot of education needed, right? So, I think this kind of facility, the state-of-art nature that it’s going to bring to the community is so impressive.”

Wisconsin Farm Bureau President Kevin Krentz says his organization committed to the project early. “Both from the Farm Bureau side of it and from the Rural Mutual Insurance side of it, we’ve supported the building process of this, but we’re also going to be involved with the Ag in the Classroom-type education here we’re going to have, we’re working on that, the partnership on how some of those events will happen.”

So far, more than 20-million dollars have been raised to construct the hands-on learning center through the Farming for The Future Foundation.  The Food and Farm Exploration Center is expected to open in about one year.