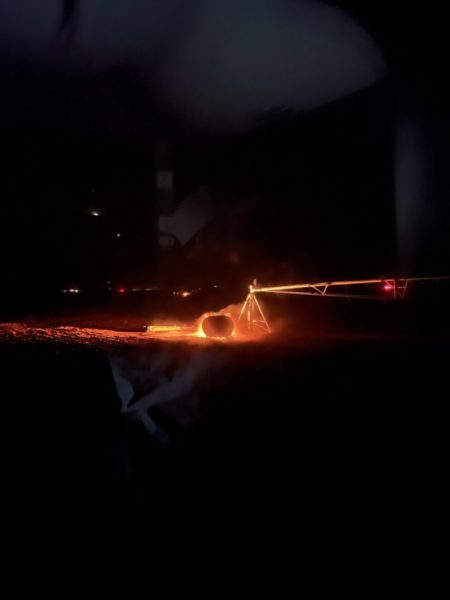 Multiple wildfires have burned more than 40,000 acres of agricultural land in a pair of Western Corn Belt states.

“It’s going to be very difficult to raise a crop where this fire touched for the next several years.”

Southwest Nebraska farmer Jan TenBensel says one started in Kansas and moved north into Nebraska Friday night burning 2,000 acres of his property. “I’ve lost a little bit of equipment and some irrigation equipment and maybe a couple of pivots.  I’ve lost just a few things, but other guys have lost it all.”

TenBensel says the wildfire originated near the Kansas/Nebraska border around Cambridge in Furnas County before the winds shifted on Saturday, pushing the fire east.

He says stubble, corn stalks, cover crops and pastureland have burned. “There’s no where for these cattle to go.  A lot of guys lost all of their feed. They’ve lost their summer pasture. Their spring pasture. This coupled with the drought we’re in, our area is in the extreme drought category right now for the drought monitor, and the moisture situation is dire here.”

TenBensel says most of the fire is contained but producers and firefighters continue to put out hotspots.

One death has been reported and evacuation orders have been lifted since Friday night. This is the second major fire in Furnas County after one burned 35,000 acres earlier this month.