Throughout his legacy, famed post-impressionist painter Vincent Van Gogh was known for his of bold choices of color and distinctive brush strokes throughout his chosen canvas. One instantly-recognizable piece that commonly comes to mind is The Starry Night completed in 1889.

Do you have, or do you know a child interested in the works of Van Gogh and/or would like to try their hand at re-creating one of his works?

The Muscatine Art Center invites children ages 7 through 14 and their families to a FREE Kids Saturday Workshop on April 30th from 1:30 to 2:30 p.m. for their “Paint Like Van Gogh” program.

Come learn more about the infamous Dutch artist and his impact on the creative world as you recreate your own vase of sunflowers reminiscent to that of Van Gogh’s other well-known painting that same year. 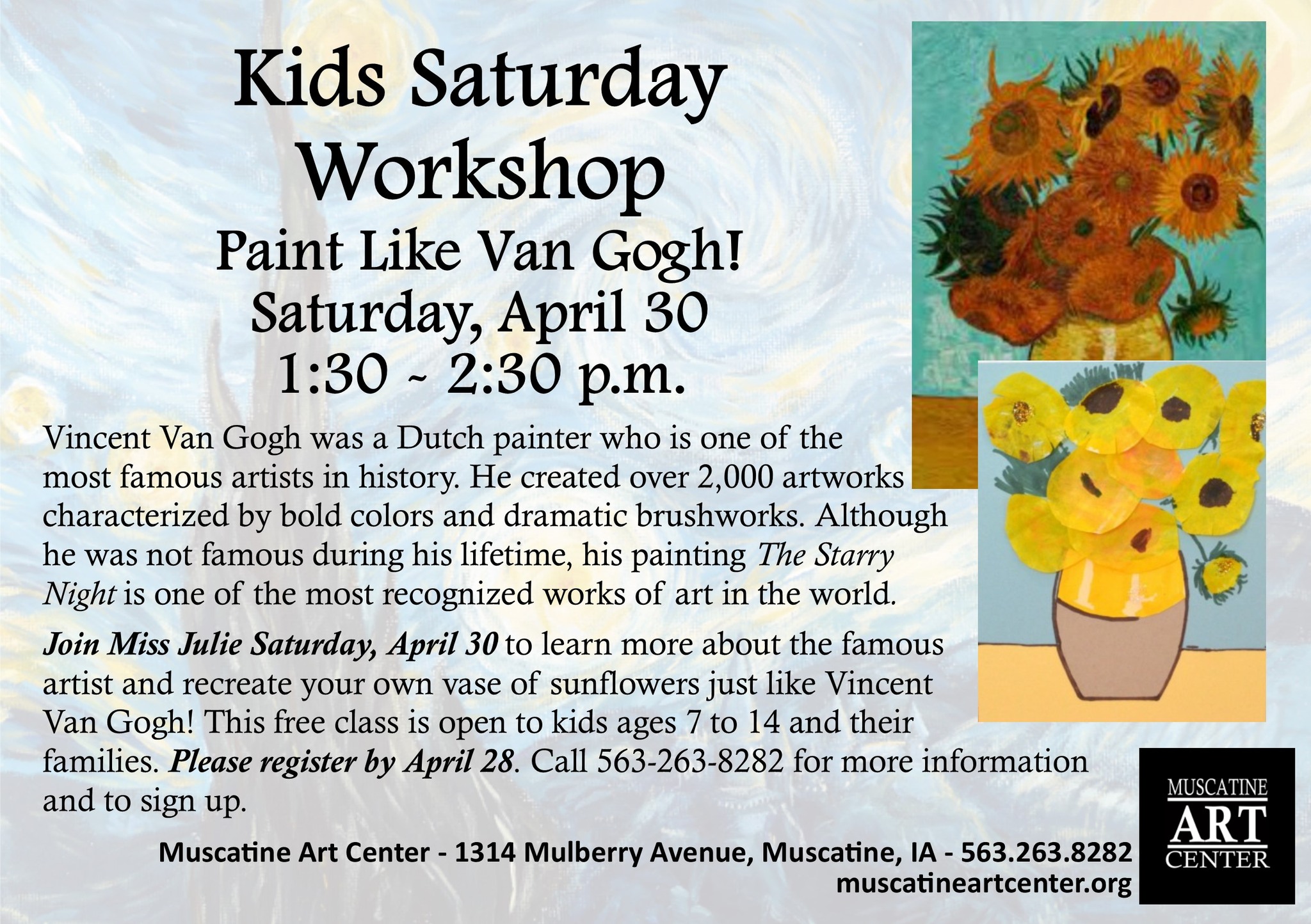 About Kassidy Watson-Perry 57 Articles
Kassidy Watson-Perry is a 24-year-old multimedia creator currently residing in North Carolina. A creatively driven individual since she was a youngster, Kassidy is a 2021 honors graduate of Elizabeth City State University where she received her Bachelor of Arts in Digital Media Arts. During her time there, she gained extensive insight into the world of mass media including but not limited to radio and film/television. In addition, she explored the versatile world of digital marketing and public relations. She considers herself a jack of all trades. She has received numerous accolades for her freelance work in writing, video production, photography, and graphic design which she practices in her spare time. Her coursework has ranged from Technical Writing, to Social Media Analysis, to Broadcast Journalism. Kassidy currently works for JAM Media Solutions LLC as a content provider for company-owned media outlets OBX Today and Voice of Muscatine.