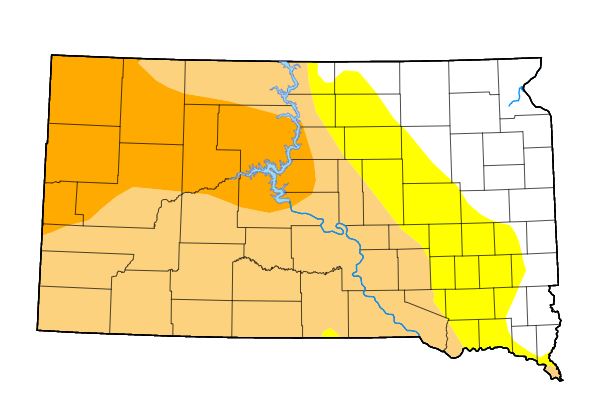 When it comes to snow this winter in South Dakota is a story of haves and have nots.

South Dakota Farm Bureau President Scott VanderWal farms in the eastern part of the state, “We’ve had a pretty decent winter as far as snowfall. Not a lot of it. Out in western South Dakota they want some snow and they’re not getting it because they that to melt next spring and go into the stock dams.”

But, he says, that doesn’t mean they have a wealth of moisture where he farms.

“In eastern South Dakota we don’t use it as well because a lot of times it melts and runs away before the ground thaws out. So, we’re going to need some beneficial rains this spring to re-charge the subsoil because we used about every drop we had last year.”

Most of South Dakota except northeastern and eastern areas are in stages of abnormally dry to severe drought, according to the National Drought Monitor.