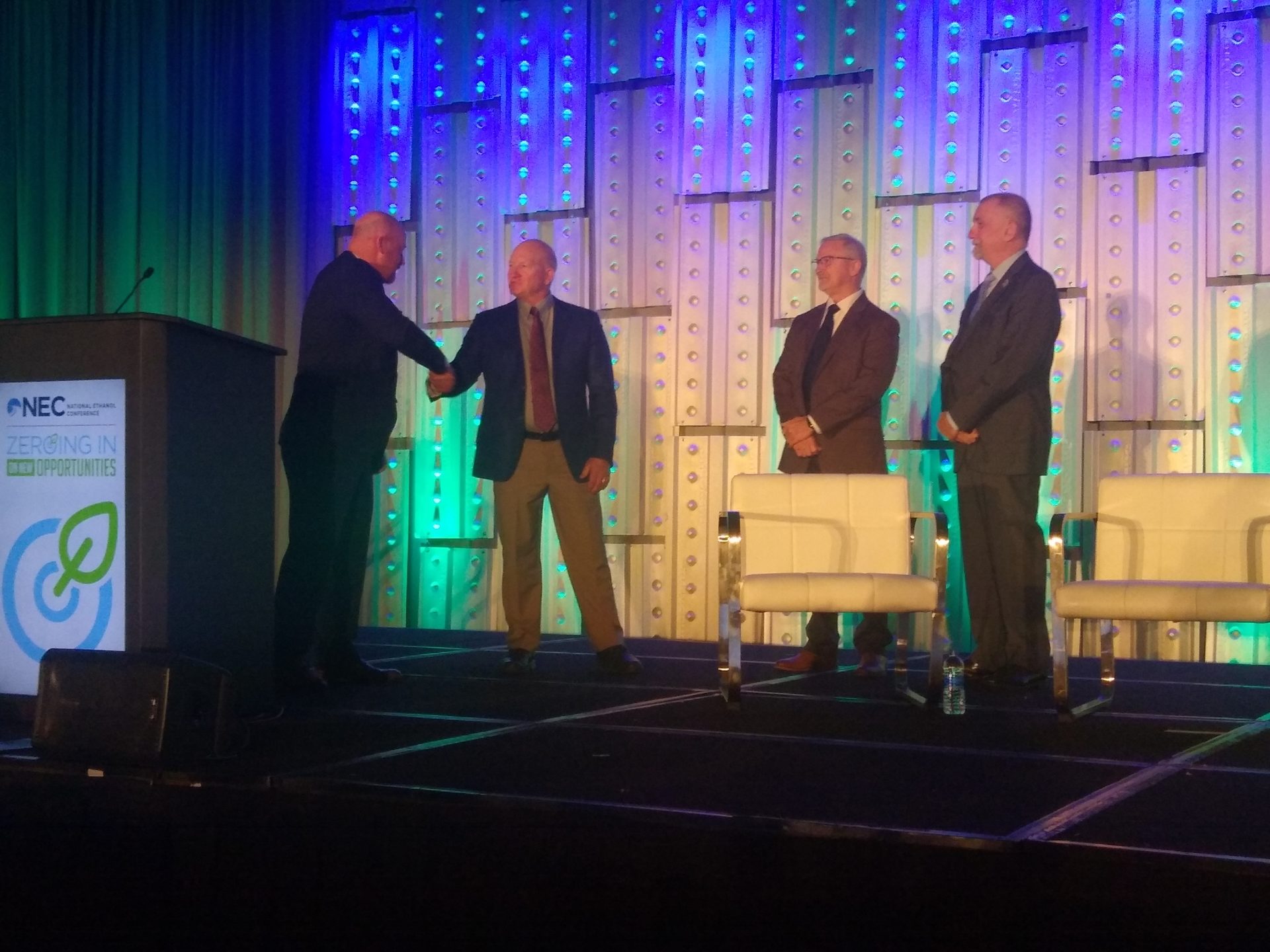 Cooper says the NCGA stood with them in court battles against the EPA, collaborated on research including DDG feeding trials, and helped work on the first Renewable Fuels Standard. “It was NCGA that laid out the first vision for a fifteen billion bushel corn crop and fifteen billion gallons of ethanol by 2015, and that eventually became the blueprint for the RFS-2, the expanded RFS in 2007.”

Iowa farmer and NCGA President Chris Edgington accepted the award with Past President John Linder and CEO Jon Doggett. Edgington says, “I get up every morning, and I know these other two do as well and are so passionate about the corn industry and all the products we can make and are so proud of all of the things we have done and are able to do, and then now to see the messaging that, you know, ethanol has a lot more to give and a lot more to do, and we can be part of that.”

Edgington says his motto this year is “working together works” and the award is symbolic of NCGA’s work with the Renewable Fuels Association.