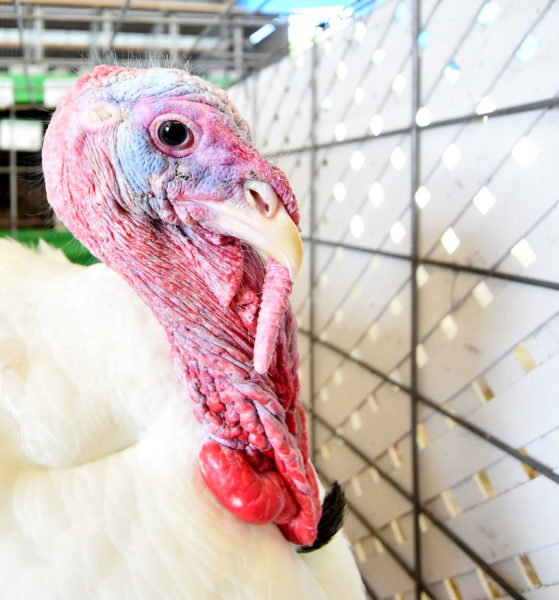 Highly pathogenic avian influenza has be detected on another commercial turkey flock in Indiana.

A release from the Indiana State Board of Animal Health says laboratory testing in Greene County identified the virus. It is considered a presumptive-positive case while samples are verified at the USDA National Veterinary Services Laboratory.

This is the third farm in the state to be diagnosed with avian influenza. Depopulation has begun on the premises, which includes about 48,000 birds.

Highly pathogenic H5N1 avian Influenza was discovered on a commercial turkey farm in Dubois County last week. Once confirmed, 29,000 turkeys were depopulated to prevent the spread of the disease. Testing this week confirmed avian influenza in a second commercial flock of turkeys in Dubois County, resulting in the depopulation of more than 26,000 birds.

In total, more than 103,000 turkeys have been depopulated in Indiana.

BOAH has created a control area around the farm in Greene County and a portion of northern Daviess County. Ten commercial poultry flocks within the area are under quarantine and will be tested regularly.

The board says it continues to reach out to hobby and backyard poultry owners in the control areas to schedule testing of birds to ensure the virus isn’t present. As of today, 26 hobby flocks have been sampled and laboratory testing has determined they are negative.

Poultry owners in Southern Dubois County or Southwest Greene County should contact BOAH at 317-544-2387 to schedule testing at no charge.

Last week, the USDA’s Animal and Plant Health Inspection Service confirmed Highly Pathogenic Avian Influenza in a flock of commercial broiler chickens in Kentucky, near the Tennessee border. Tennessee is a leader for primary breeders and produces more than 98% of the poultry genetics found worldwide.

Click here for updates from the Indiana State Board of Animal Health.