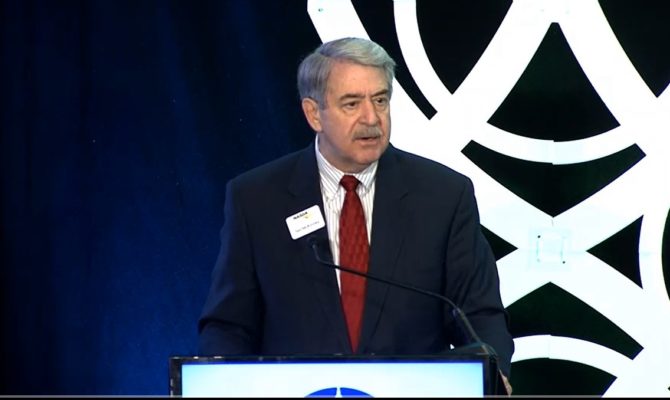 The National Association of State Departments of Agriculture has outlined its policy priorities for the 2023 Farm Bill.

CEO Ted McKinney says trade promotion will be a focus of the organization.

“The states have an enormous role in trade promotion. You need not look further than the 30 years of the Tri-National Accord where the provinces of Canada, states of the U.S. and states of Mexico come together,” he says. “We’re working on serious stuff. We have a working committee of several states in Mexico, two of the provinces of Canada, and eight states in the U.S. working on the acute problem of no pesticide registrations or biotech registrations south of the border in Mexico, a problem now and soon to get much worse.”

Conservation and climate resiliency is another priority.

“The states administer a great deal of these programs and are closest to the customers who are implementing and doing the right thing by the environment,” he says.

He says the commissioners, secretaries, and directors of agriculture provide unique perspective.

“…often the officials closest to farmers themselves and as co-regulators with the federal government, NASDA members are uniquely positioned to lead impact and direct policymaking solutions for the 2023 Farm Bill,” he says.

NASDA says it will direct its policy advocacy efforts regarding the 2023 Farm Bill toward the 10 policy areas.