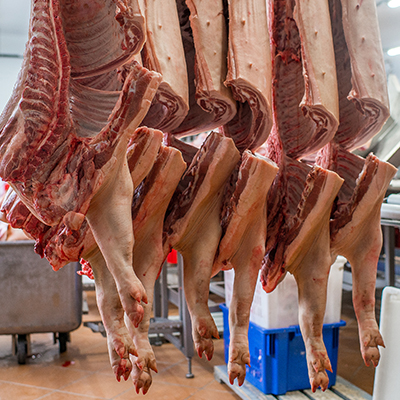 The USDA has bigger expectations for 2022 U.S. beef production.

Beef is projected at 27.375 billion pounds, up 210 million from January, primarily based on larger than expected placements into feedlots, with the average steer price at $137.50 per hundredweight, $.50 higher, steady imports, and higher imports and per capita consumption.

Pork production is seen at 27.38 billion pounds, down 135 million due to a slower slaughter pace, with an average barrow and gilt price of $65 per hundredweight, a jump of $4.50, and lower imports against slightly higher imports and consumption.

Broiler production is pegged at 45.485 billion pounds, a decline of 115 million because of recent hatchery data and higher feed costs, with an average price of $1.13 per pound, up a penny, lower exports and consumption, and steady imports.

Turkey is estimated at 5.615 billion pounds, 25 million less than last month, also due to hatchery data and feed costs, with an average price of $1.265, one cent higher, an increase in imports, a decrease for exports, and steady consumption.

The USDA’s next set of supply and demand numbers is out Wednesday, March 9th.