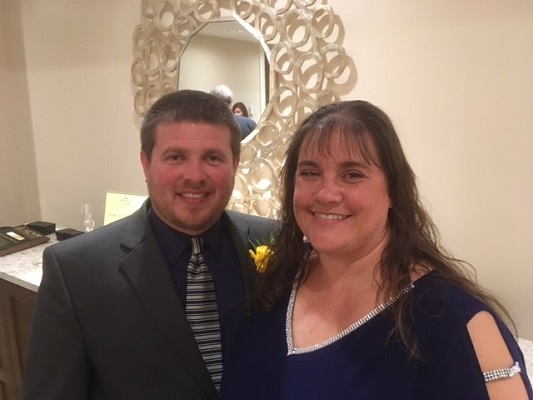 Winners of the National Outstanding Young Farmer Awards are honored by the recognition but take lifelong friendships from the experience. Matt Kilgus wasn’t aware that there was an Outstanding Young Farmer Program until he was nominated. Kilgus and his wife Jenna, dairy farmers from Fairbury, Illinois who retail products through their own country store, were among four young couples selected in the Class of 2022, which Kilgus says is more than just an award.

“The friendships we’ve developed, the connections we’ve developed with the other farmers, I think, is something that’s going to last a lifetime of friendships that’ll go long past the awards tonight,” Kilgus told Brownfield Ag News shortly after learning they were winners.

The COVID-related cancelation of the program last year meant that the Class of 2021 was also announced at this year’s NOYF Congress. Phil Finger and his wife Laura were pleased to be recognized for doing their life’s work as dairy farmers from Oconto, Wisconsin.

“You farm every day, you don’t look for awards,” Phil Finger told Brownfield Ag News, after being selected. “You’re just out there fighting the weather, enjoying employees, enjoying cows; this has been over the top, just a life-changing experience.”

Rounding out the winners in the Class of 2021:
Jeroen and Traci van der Ploeg, dairy and crop farmers from Clovis, New Mexico;

Hillary and Jeff Barile, sod, wheat, soybean and barley growers, who also operate a malting house at their farm in Shiloh, New Jersey,

The other three winners from the Class of 2022:
Joe and Ashley Dudkiewicz, corn, soybean, wheat, hay and beef cattle farmers from Crivitz, Wisconsin;

Hunter and Laura Grills, soybean, corn, triticale and cattle farmers from northwestern Tennessee, the ninth generation on their farm.