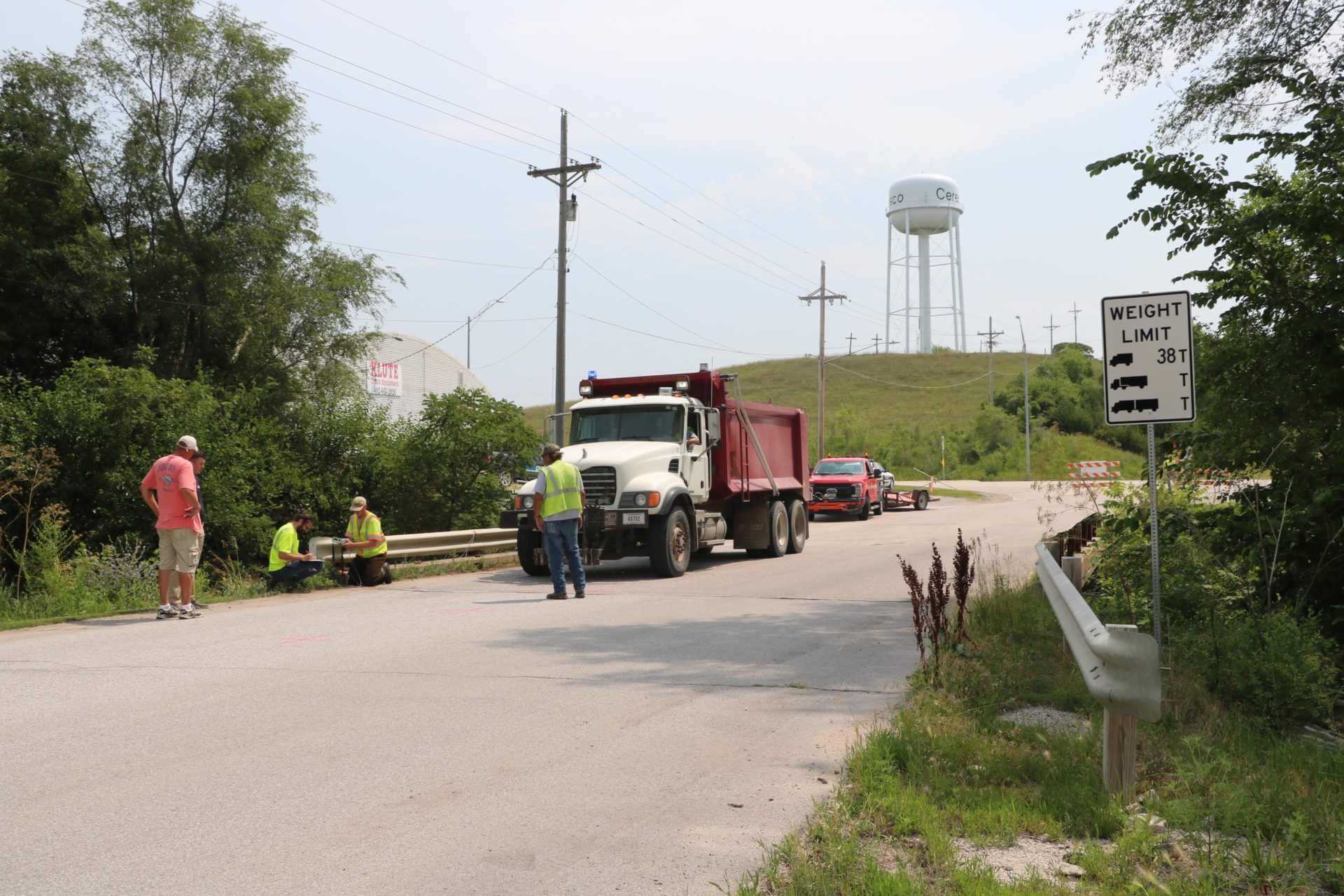 Nebraska corn and soybean farmers are partnering with a bridge engineering company to find economical solutions for the state’s aging bridges.

Farmer Anne Meis says many bridges are load restricted or closed but after utilizing load testing technology, results show those bridges don’t need restrictions, saving producers time and money. “It’s amazing that they’re holding up and they are withstanding that.  Part of this project is also doing some engineering research on what are some inexpensive ways to fix these bridges.”

The Nebraska Corn Board and the Soy Transportation Coalition partnered with Kirkham Michael, an Omaha-based engineering firm, to demonstrate the effectiveness of load testing technology when assessing the load carrying capacity of rural bridges.

The study of 10 bridges in Dixon, Saunders and Sarpy Counties found that six bridges could have restrictions removed, three remained the same, and one bridge retained its restriction but with a higher weight allowance.

The corn and soybean grower from Elgin tells Brownfield funding is scarce for local governments to maintain bridges and this helps prioritize what needs fixed first. “We’re trying to get that information out to our county commissioners, our road bosses in our counties and just get that to the county engineers to say ‘hey maybe this is an option that you didn’t know about – a lower cost option.”

Steve Reneker, vice president with Kirmham Michael says “What we continue to learn is that the sole reliance on visual inspection and theoretical calculations can result in bridges being load restricted or identified for rehabilitation or replacement sooner than necessary.”

Funding to perform the testing was provided by the Nebraska Corn Board and STC.