Keep an eye on Build Back Better 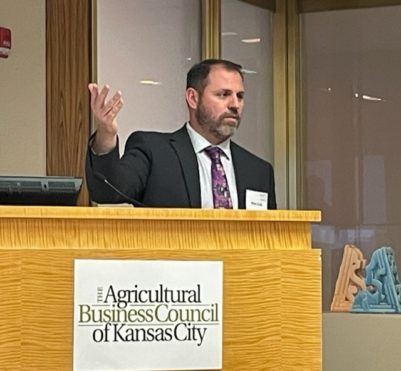 A principal with KCoe Isom says farmers should keep their eye on what happens with President Biden’s Build Back Better bill.

Max Irsik, at the Annual Legal Update of the Agribusiness Council of Kansas City, says farmers need to look at the things that will benefit them in the bill, “So look at some of the credits that are available out there. Look at some of the programs and additional funding for USDA, NRCS to get you paid for some of the things you’re already doing.”

For example, the use of cover crops, “A lot of farmers that I know are already utilizing cover crops so they might as well go ahead and go get the $25 that could be available to them for that.”

The version of Build Back Better that passed the US House but was stalled in the Senate did not include potentially harmful changes to step up in basis and he hopes it says that way.

“What concerns me is that they have the language drafted so it could get put back in at any point in time and on short notice. But, as of right now, I will tell you that we’re in the clear.” Because it’s an election year, Irsik says there’s about a 60% chance SOME parts of Build Back Better will pass so farmers need to keep it on their radar.