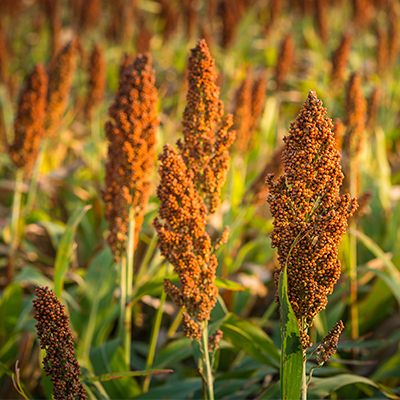 The Executive Director of Nebraska’s sorghum groups says by adding sorghum to a crop rotation farmers can boost their bottom line.

Nate Blum says following sorghum with other crops can increase yields as much as 8 percent. “And, that’s because of the larger root biomass of the sorghum. It leaves more organic material in the soil, and it helps break up disease and pest cycle, so a number of things there.”

He tells Brownfield the crop uses similar rates of nitrogen and fertilizer as corn, but it can reduce other input costs. “From a water standpoint definitely and from a seed standpoint it’s much less expensive to plant sorghum than it is to plant corn or soybeans,” Bluhm says. “I want to say it’s about $15 per acre.”

And, he says sorghum has access to several specialty markets. “Things that consumers are demanding like gluten free, non-GMO, sustainable, regenerative – all those things are buzz words that consumers are interested in and sorghum checks all of those boxes.”

The organizations are hosting value-added producers that use sorghum to make products at Innovation Campus at the University of Nebraska-Lincoln next Wednesday.  The Nebraska Sorghum Symposium is next Thursday in Kearney.