Farmer has plenty of moisture now 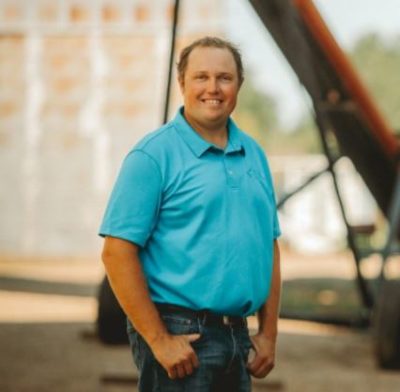 A South Dakota grower who dealt with dryness the first half of last year’s growing season got more than enough the second half and it’s still coming.

Jason Frerichs, grows corn, soybeans and alfalfa and has a cow-calf operation in northeast South Dakota.

“It seems like once the rains started in July, it kept coming almost every week or two.”

His yields were good but moisture caused some setbacks during corn harvest. This winter, he’s been getting a lot of snow.

“We’ve had some warmer spells that have settled and melted some of that snow but I would say we’ve had over two feet of snow already this this winter.”

And that’s helped his cattle, “The dugout that they can drink out of that flows to a creek continues to flow which makes it very nice for me to not have to chop the ice every day.”

Frerich’s bigger concern for this coming growing season is getting rain in April on top of the moisture they have now which could impede planting. Last year’s April, he tells Brownfield, was very dry.

Frerichs is Region 8 Director of the South Dakota Soybean Association and serves on the United Soybean Board.