A trained spotter reported 4.5 inches of snow in Muscatine from the storm that rolled across the Midwest on Friday.

UPDATED, Friday 3 p.m.:
Road conditions are rapidly starting to deteriorate as the snow continues to fall across eastern Iowa, with most state roads reported as partially covered with snow.

Tonight’s Muscatine vs. Davenport Central basketball games have been postponed due to the travel conditions. No make-up dates have been announced.

A fast moving storm system will cross the region to wrap up the work week with the potential for heavy snowfall on Friday and into Saturday.

Muscatine is under a Winter Weather Advisory with snow expected to arrive around midday and last into the early morning hours of Saturday. 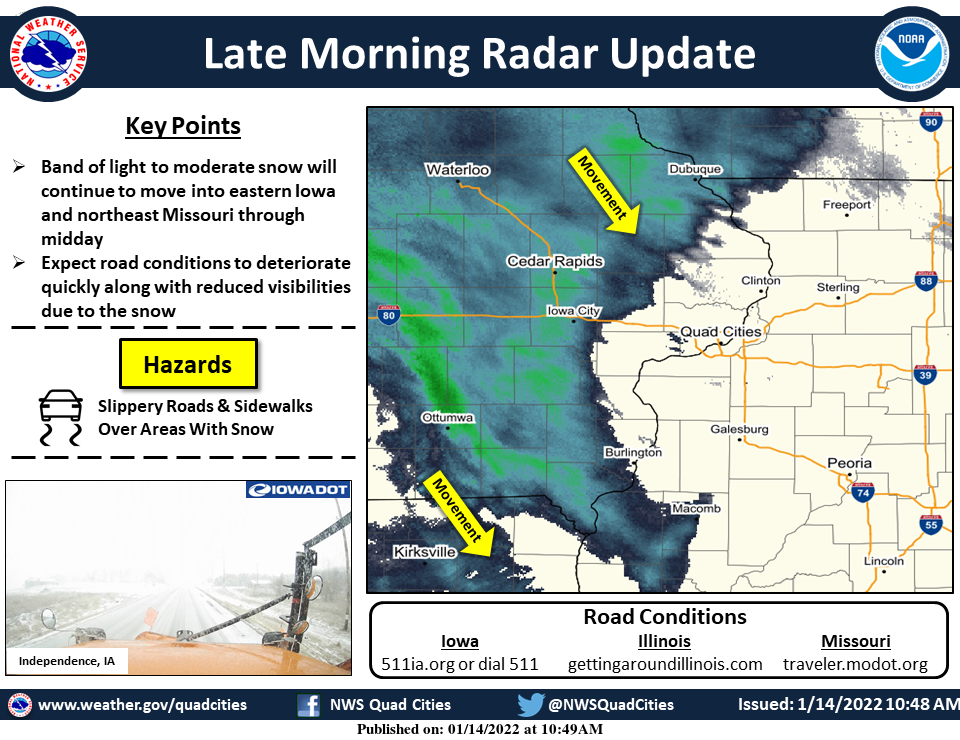 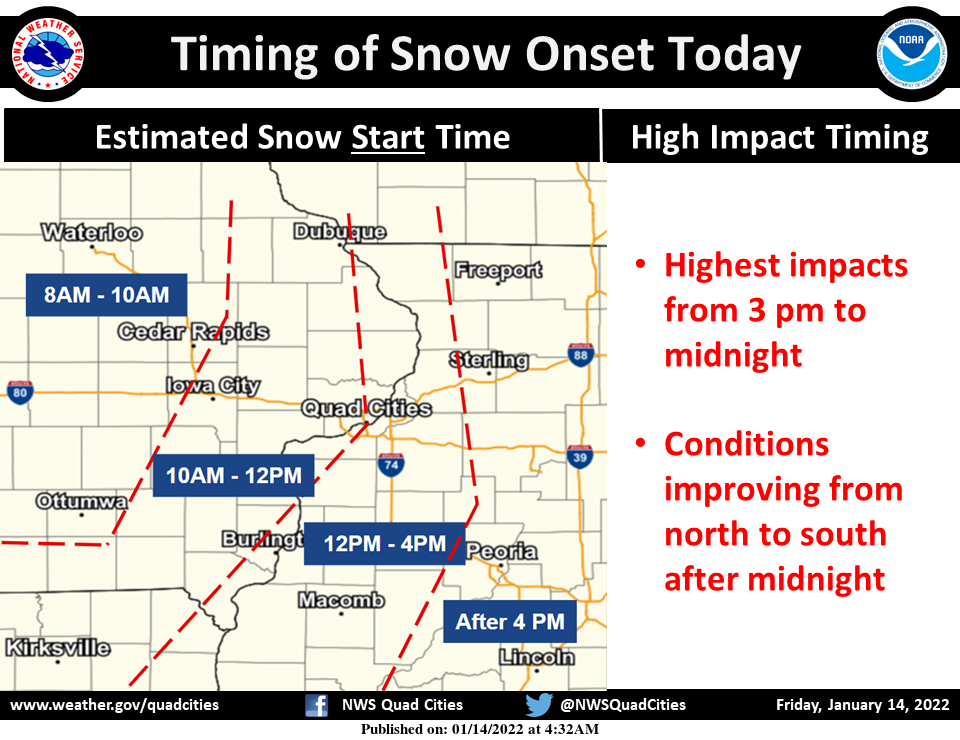 Current forecasts call for 3 to 7 inches of snow for Muscatine, with the highest amounts expected in the southwest corner of the county. 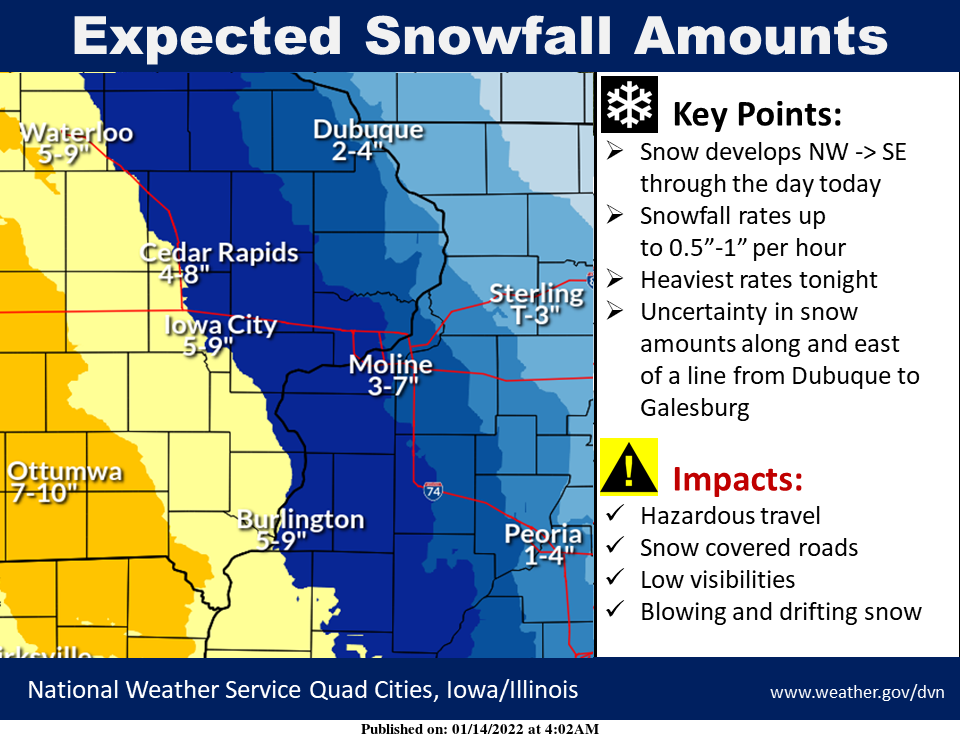 A Winter Storm Warning has been issued to our south and west for Friday into Saturday morning, where snowfall totals of up to 7 to 10 inches are possible.

National Weather Service forecast for Muscatine, as of Friday 3 p.m.: