The Winter Weather Advisory has been expanded across eastern Iowa and northwest Illinois today, and remains in effect for much of the rest of the area including northeast Missouri. 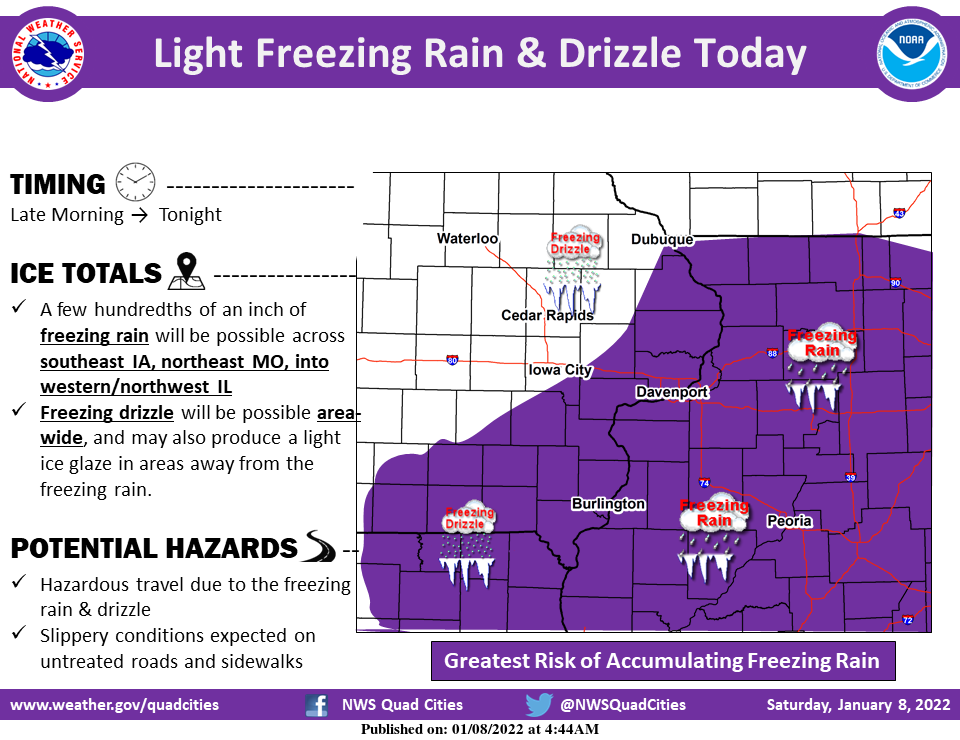 The Quad Cities office of the National Weather Service says freezing drizzle and very light freezing rain is expected to develop in areas near and east of the Mississippi River from late morning through mid afternoon, and continue into this evening where dense fog will also be possible. 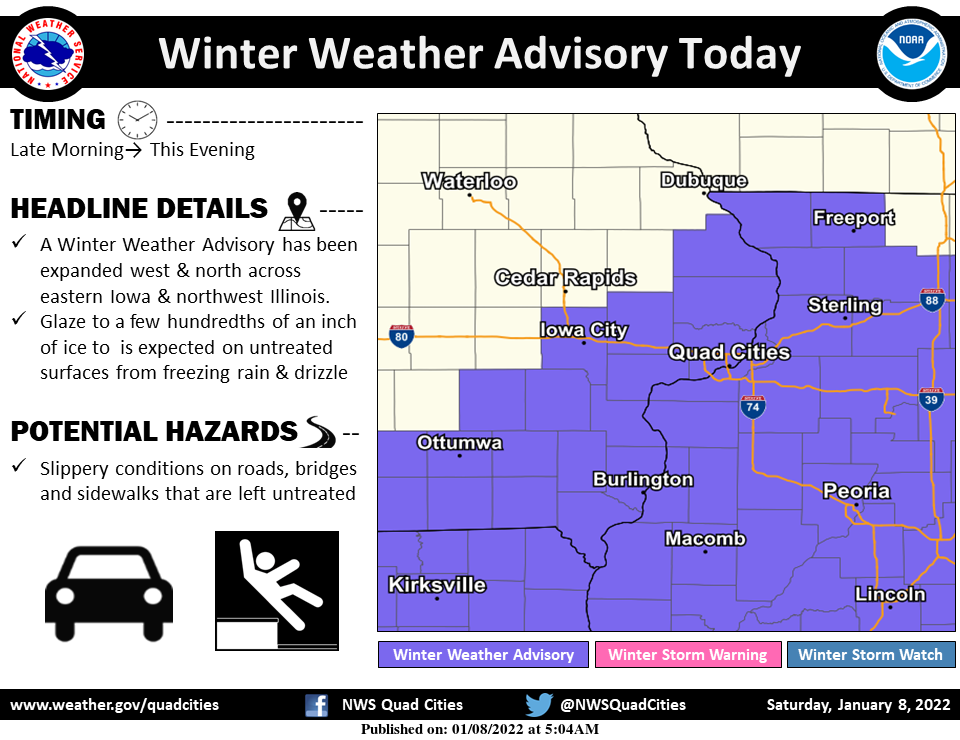 A passing cold front from mid evening into the early overnight will bring an end to the freezing drizzle although some flurries or brief light snow will be possible after the front passes, along with colder air on gusty northwest winds.

Ice accumulations from light freezing rain and freezing drizzle will range from a glaze to a few hundredths of an inch. This ice will make for slippery conditions on untreated roads and sidewalks. 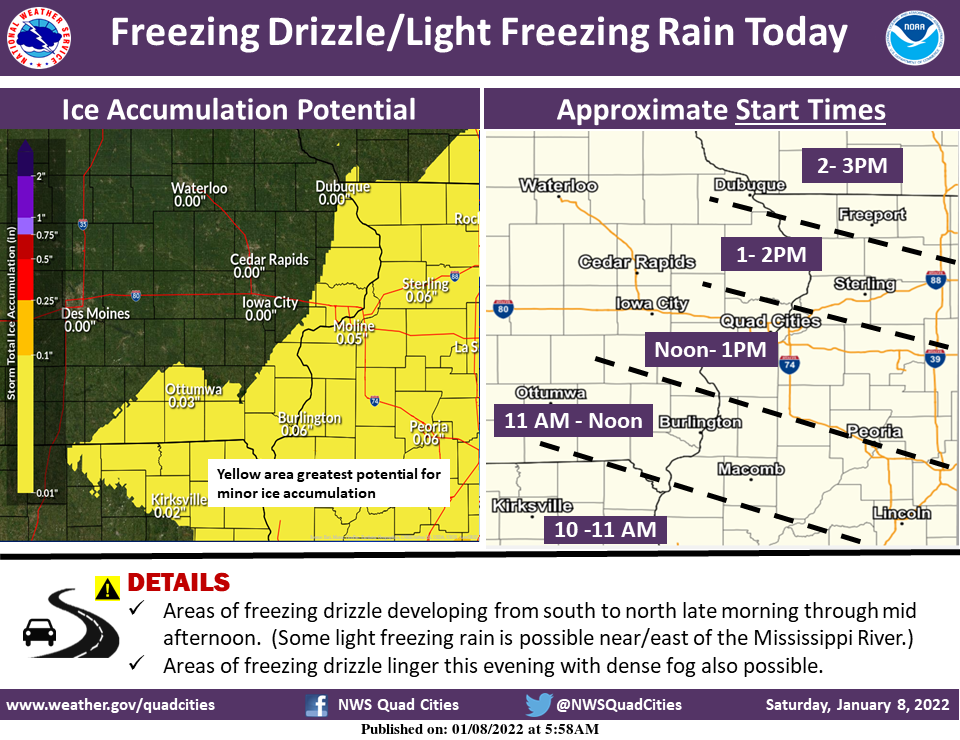 National Weather Service forecast for Muscatine, as of Saturday 9 a.m.: