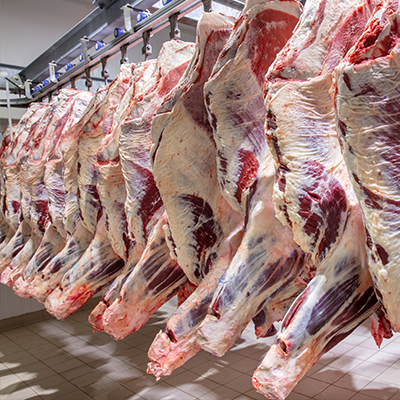 “Our hope is that because of this plan in the medium-term farmers and ranchers will have more good options for selling their products,” he says. “We know folks are getting squeezed on prices, the amount of every food dollar that goes to farmers and ranchers has been declining, and at the same time the amount that big processors are making is going through the roof.”

He says one of the strategies to increase competition is continued investment and expansion of processing capacity.

“Both small and mid-sized processors will be eligible for different funding streams under this plan. There’s a start up funding for new and small processors but there is also loan support and guarantees to help with grow for smaller and mid-sized existing processors,” he says.

He says the USDA is working on its process for collecting and reviewing applications.

“Our hope is that by facilitating a lot of new processing options, you’ll be able to get more value for what you produce,” he says. “A lot of what we’ve been hearing is there is a loss of independence and dignity when it comes to being able to sell your product at a good price, to make decisions about how you raise your animals, and I think more processing options will help in that regard too.”

Three other strategies under the plan include strengthening the rules that protect farmers, ranchers, and consumers; promoting fair enforcement of existing competition and ensuring “all of government” works together; and increasing transparency in the cattle markets.