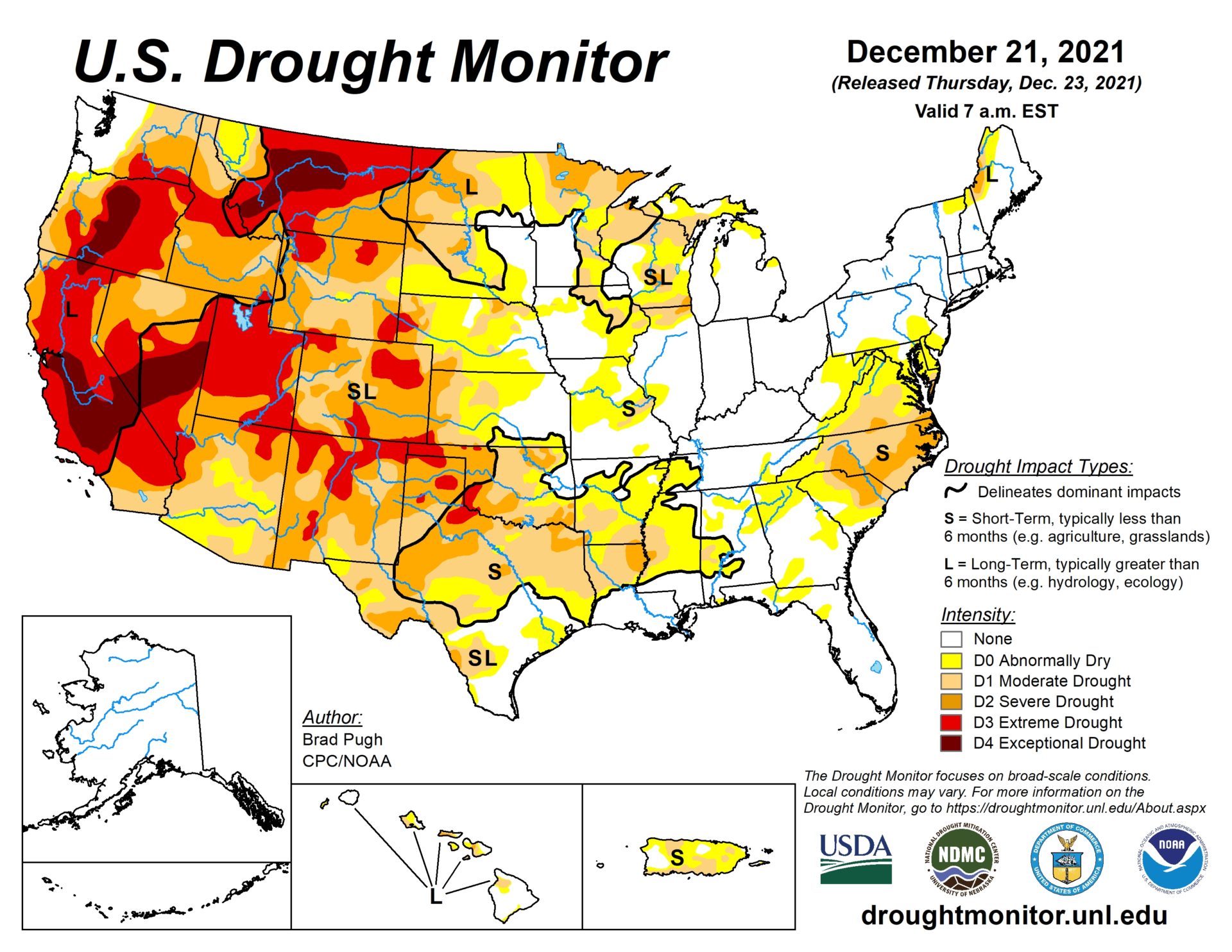 An ag meteorologist says drought across the Northern Great Plains and parts of the Upper Midwest this year was the worst in at least 20 years.

Jeff Andresen tells Brownfield drought in that region has continued through the winter, but relief is possible before the start of the growing season.

“Much of the Midwest is expected to see maybe at least normal, if not a little bit above normal, precipitation so the hope is that some of those deficits will be taken care of over the next serval weeks or a couple of months,” he says.

Andresen says the Midwest is experiencing a weak La Nina weather pattern, the second in two years, which typically brings above-normal precipitation toward the end of winter along with warmer temperatures.

The latest U.S. Drought Monitor Report says another week of widespread precipitation supported a slight decrease in drought conditions across parts of Minnesota and western Wisconsin.  To the west, a continued expansion of drought conditions spread across much of Kansas due to worsening soil moisture levels along with the southwest corner of Nebraska.