Kind says momentum is building for Defend the Blend Act 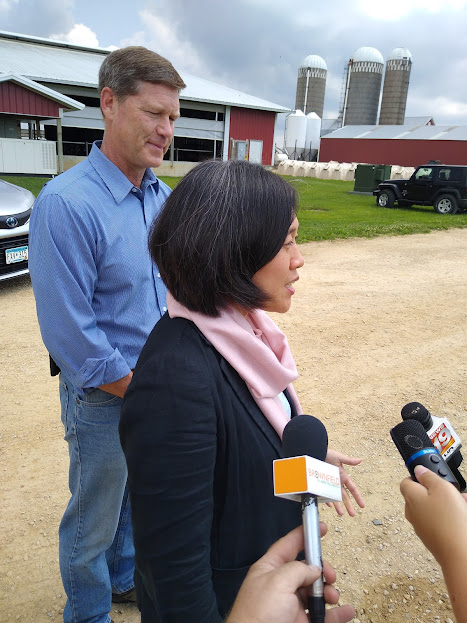 A Wisconsin Congressman remains optimistic about legislation that would require the EPA to stay on track with setting biofuel blending requirements.

Representative Ron Kind tells Brownfield the Defend the Blend Act simply requires the EPA administrator to not reduce any volume of biofuel blending or any renewable fuel obligation that has already been finalized for any calendar year.  Kind says EPA was late setting the latest renewable fuel volumes, but they appear to be moving in the right direction. “There was a little bit of slippage last year because of COVID, but they’re back to renewing those biofuel standards by 2022 again, which is the direction we want them to go, and then the bill basically says alright, once we establish that, no backsliding.”

Kind says EPA needs to set the volumes on time and stick to them. “The industry needs predictability. The marketplace needs that predictability. Our producers and farmers need that too, so it’s the right thing to do.”

The Defend the Blend Act (HR6071) was introduced in the House on November 23rd but has not been heard in committee yet.  Kind says momentum is building in support of the bill.

Kind says biofuels are important for energy and for agriculture in the middle-west, and says, “If we do this right and maintain those appropriate blending requirements, which also, by the way, helps combat climate change, the Midwest could become the new middle east when it comes to much of our energy production with renewable, sustainable energy sources.”

As part of EPA’s December 7th announcement, the Renewable Volume Obligations were set at 15-billion gallons for 2022 and they plan to deny all requests for small refinery exemptions.