A wintry mix continues to move north across the area producing slick roads and reduced visibility.

Accumulating snow continues along and north of I-80, while a mix of rain and freezing rain south of I-80 trends to more rain from south to north.

Winter Weather Advisories continue for much of the area through the afternoon. 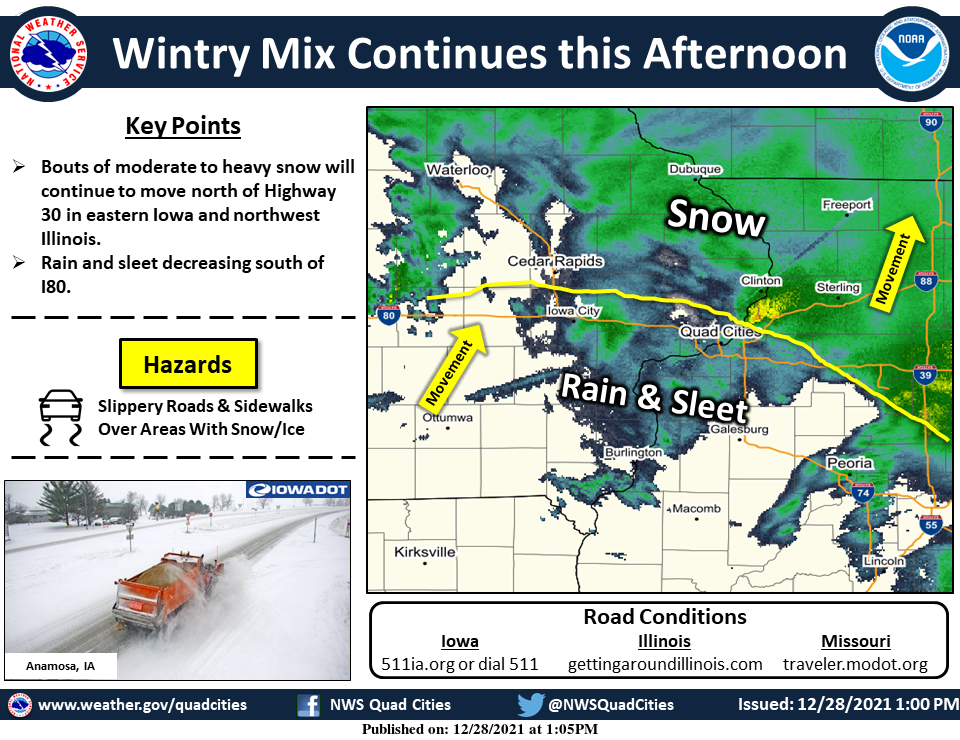 And the potential is increasing for a strong winter storm to impact the Midwest this holiday weekend. Accumulating snow is likely and hazardous travel is possible.

The exact location, timing, and amounts remain uncertain, but those traveling should pay attention to future updates on this storm.

National Weather Service forecast for Muscatine, as of Tuesday 12 p.m.