The Quad Cities office of the National Weather Service said bridges and overpasses may be slick from fog freezing on the road surface. Slow down and use caution if traveling on this Boxing Day morning.

Showers will move into the area this afternoon and continue tonight. A wintry mix is also possible north of Highway 30 this evening, before a change to all rain. An isolated thunderstorm is even possible late this evening, mainly in west central Illinois.

After a brief break on Monday, precipitation chances return on Tuesday. 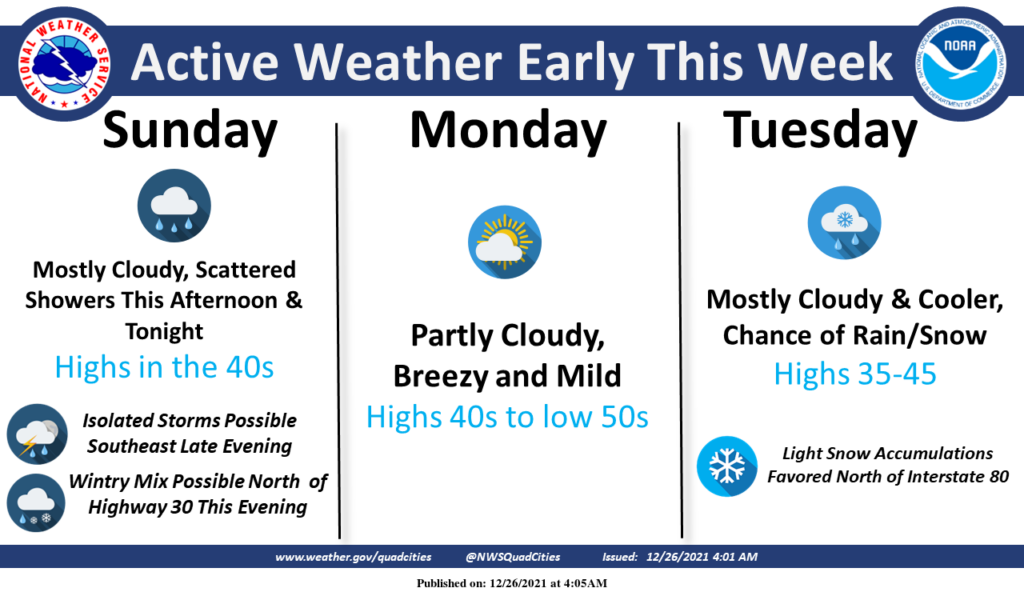 National Weather Service forecast for Muscatine, as of Sunday 7 a.m.: