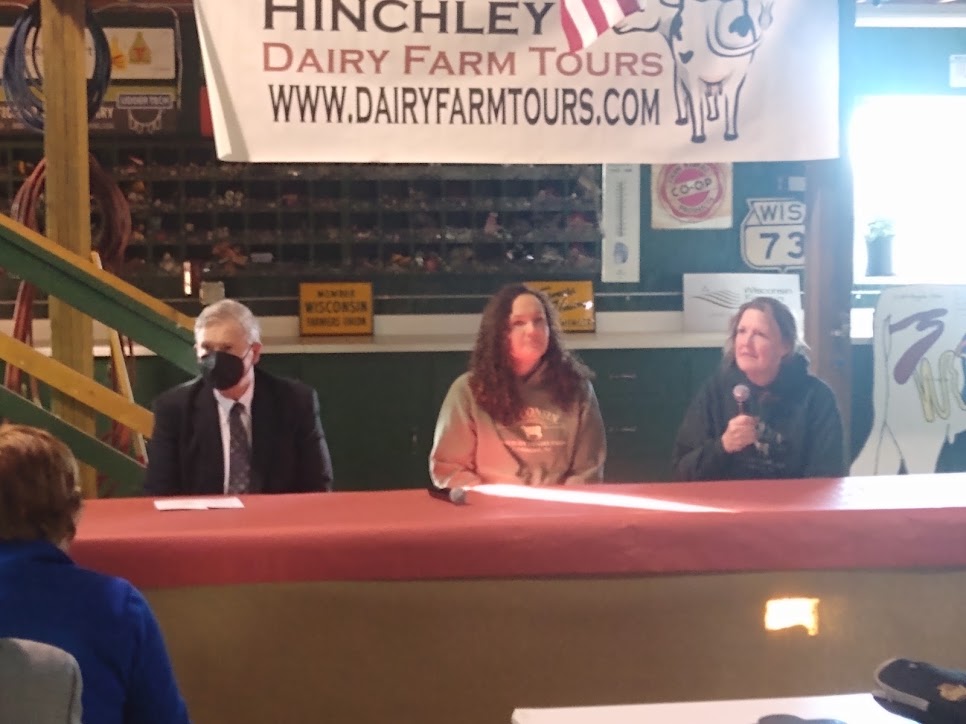 USDA Secretary Tom Vilsack told a group of farmers, processors, researchers, and media that the industry needs to reach a consensus before he would support reopening the Federal Milk Marketing Orders.

During an on-farm discussion Thursday at Hinchley Dairy Farm Tours near Cambridge, Wisconsin, Vilsack said the dairy industry needs to work through this process and reach a consensus before asking USDA to consider milk marketing order changes. “Rather than us trying to dictate at USDA what we think the solution ought to be, and maybe make a mistake and so that Wisconsin thinks it’s great but Vermont thinks it’s horrible, you all basically work at this and come with a plan.”

Brownfield asked Vilsack if, along with the regional differences if the opposing positions on growth management held by Farmers Union and Farm Bureau also need to come together before USDA would consider marketing order hearings. “It doesn’t do any good to reopen the hearing unless you have something specific to open it with. And again, you know, I could sit in the backroom and try to figure this out. That’s a waste of time. It’s a waste of time because I won’t get it right. I won’t. And, our smart people who work at USDA, they won’t get it right either because none of us are actually on the ground here. These folks are.” (referring to farmers in the audience)

Vilsack says if he were to try to force either National Farmers Union or Farm Bureau into a box they’re not comfortable with, it just does not work, and as hard as it is, it will require a consensus. “The only way this works is for the industry to do the hard job, the difficult job of listening to one another and trying to figure out if there is a sweet spot somewhere in between the universes that are represented here and come to the USDA and say here’s what we’d like to do, and here’s what it’s going to require the government to do.”

The Secretary says some have suggested the U.S. replicate what is currently taking place in Canada with their supply management, and he says their farmers are doing better, but the problem is consumers end up paying significantly more for dairy products.  He says with lower-cost competition from other products, consumers might buy less dairy.

Vilsack says in a perfect world, you’d like a system where the market worked perfectly and the government didn’t need to be involved but expects that whatever system the industry comes up with, it will likely require the government to provide incentives and resources to make it work.

Legislation has been introduced in the U.S. Senate that if passed, would force USDA to open Federal Milk Marketing Order hearings.