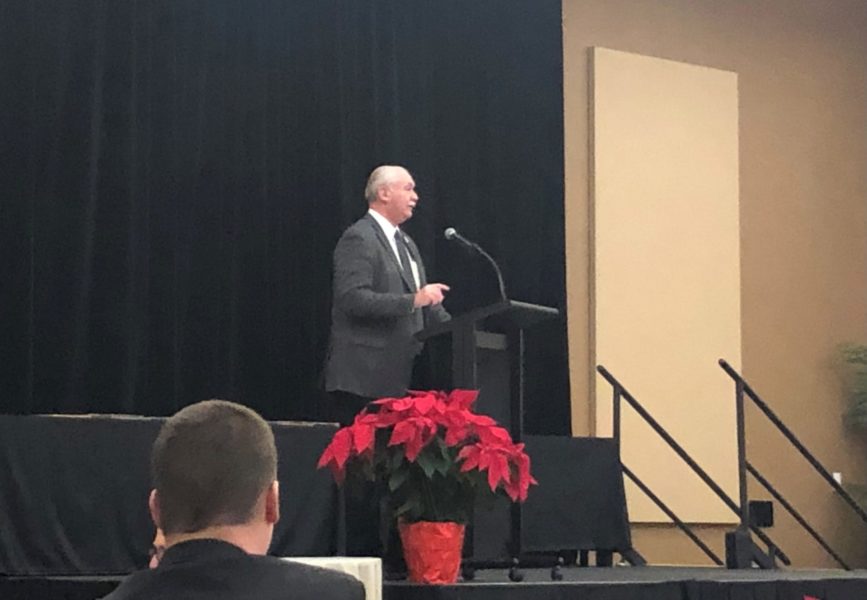 Top priorities and issues for Hoosier farmers were highlighted during the Indiana Farm Bureau State Convention.

“Issues on the tax front are top of mind—stepped up basis, capital gains, capital gains at death, and lowering of the estate tax,” he says. “Another issue we’re watching and really concerned about is Waters of the U.S. Defining navigable waters has been an issue. It appears the administration is trying to stretch it out and water running off your yard, if it eventually reaches a navigable stream, could be under jurisdiction. Climate and carbon sequestration are also top of mind. I think agriculture could be part of the answer but there is going to be a revenue stream and let’s make sure that revenue stream gets back on the farms.”

He says broadband continues to be a priority.

“Broadband has been a top priority that we’ve talked about for awhile and COVID-19 has highlighted the need even more for education, telemedicine, staying connecting at home, and it’s also very important in agriculture for a lot of the technology we use,” he says. “…Last year the Indiana General Assembly approved $250 million in broadband expansion. INFB has a broadband speed test to help determine underserved areas because we need to make sure the money is spent in the neediest of areas. We’ve had about 20,000 participants complete the speed test, but we’d like to have more so we make sure the money is directed in the right areas.”

Kron says Indiana Farm Bureau members are the grassroots of the organization.

“Whether it’s at the statehouse or our nation’s capital, it’s our members telling their stories and talking to legislators that make a difference,” he says. “A great example of that is when we passed the INFB health benefit plan. If you look at the vote it looked easy because it was an almost unanimous vote but there was a lot of work. A lot of members were at the statehouse and showed a real need and told their stories. We have to work together and it’s those grassroots that are going to help us move the needle.”

He says members rose to the challenges of 2021.

“Our members really stepped up and did a great job. We had virtual meetings with legislators and some of them lasted longer than they would have in person,” he says.

Looking ahead to 2022, he says rural viability will be a priority.