A strong low pressure system and then a cold front will bring Muscatine some rain and breezy conditions, with the possibility of even some lightning and thunder this evening.

The Quad Cities office of the National Weather Services says the risk for severe thunderstorms this evening is low over most of the area, with the best chance mainly over northeast Missouri, southeast Iowa and west central Illinois.

The main threats will be damaging winds, large hail and a very low potential for tornadoes.

Behind the strong cold front which will bring areas to our north some snow and mixed precipitation before a quiet weekend ahead. 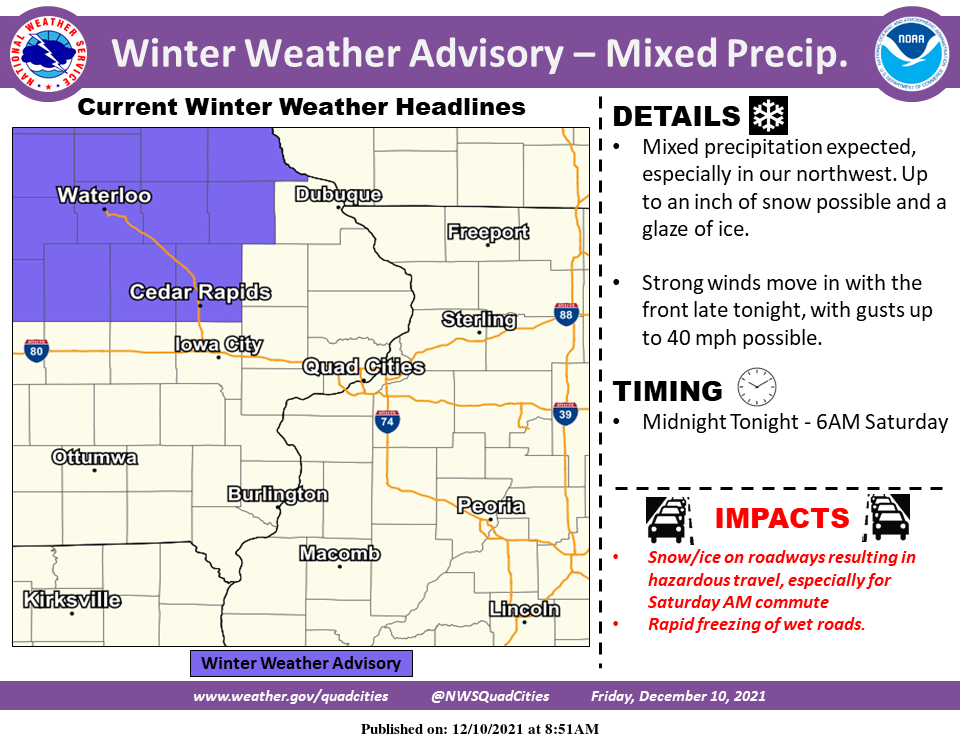 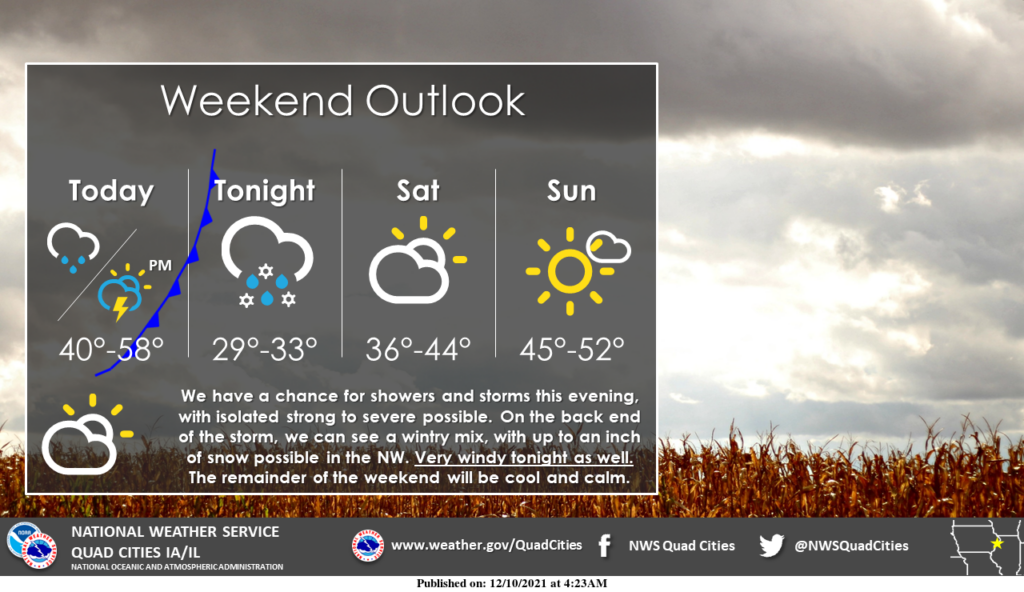 National Weather Service forecast for Muscatine, as of Friday 9 a.m.: