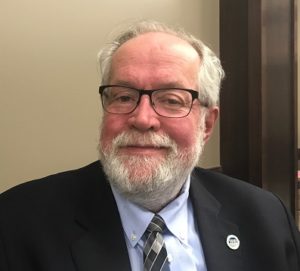 Foundation board member Barb Determan says Dierks spent his entire career dedicated to serving the pork industry. “The foundation wanted to figure out a way to honor Neil and we thought the best way we could do that would be to name a scholarship in his honor that will equip the next generation of pork industry leaders,” she says.

She tells Brownfield the $5,000 scholarship will be given annually to a college student pursuing a graduated degree at a land grant university in a field related to the pork industry.  “As the new generation comes in we need to equip them with some of those things that a lot of our past leaders have,” she says.  “And Neil has a really good appreciation for that.  He’s always had an appreciation for advanced studies and for people who contributed to the industry.”

The scholarship will be funded through contributions to the pork industry foundation.  Applications are due in September, and each year’s recipient will be announced at the National Pork Industry Forum, which is usually held in early March.  The initial scholarship will be awarded at the 2023 meeting.