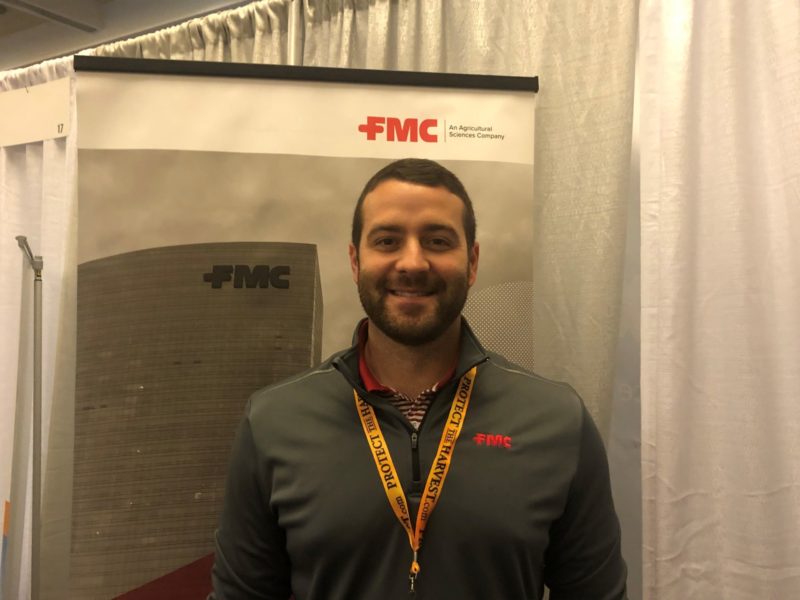 A technical service manager with FMC Corporation is encouraging farmers to keep ’21 insect pressure in mind when planning for next year.

Drake Copeland says farmers saw one of the worst outbreaks of fall army worms on record.

“In August and September it got pretty busy. There was a lot of alfalfa that got sprayed late and then as late as some emerging wheat that people were planting in the fall, so we had some good temperatures for that pest to really thrive in the Midwest,” he says.

He says pyrethroids can help control army worms but have limitations in warm temperatures. He says FMC’s Vantacor has long-lasting residual control of worm pests in row crops.

“There’s a lot of things that led up to this season—we had a lot of mild winters and dry conditions but it’s an integrated approach to control that pest,” he says. “…there are things we can do that we don’t poor out of a jug. Crop rotation being one of those. There are a lot of corn-on-corn acres, but if we can switch that up to soybeans next year to get a transition away from that pest it would be a good start.”

He says Capture LFR is an in-furrow insecticide option that helps control the worms that are hatching in the soil and protects the roots.

He says when planning for next year, farmers should keep in mind “with the pressure we saw in 2021, if you had certain farms where you had a lot of beetles and you didn’t get a spray I would be highly recommending an in furrow insecticide. You will have beetles fly in around tassel time. That would be the timing we want for a steward application to control those adults, so we don’t get the ball rolling for multiple populations. Once you start building a population in the field, you’re creating issues down the road. It’s very similar to what we deal with waterhemp and palmer amaranth we’re just switching gears to insects. Something to think about.”

Brownfield interviewed Copeland during Trade Talk at the 2021 NAFB Convention.