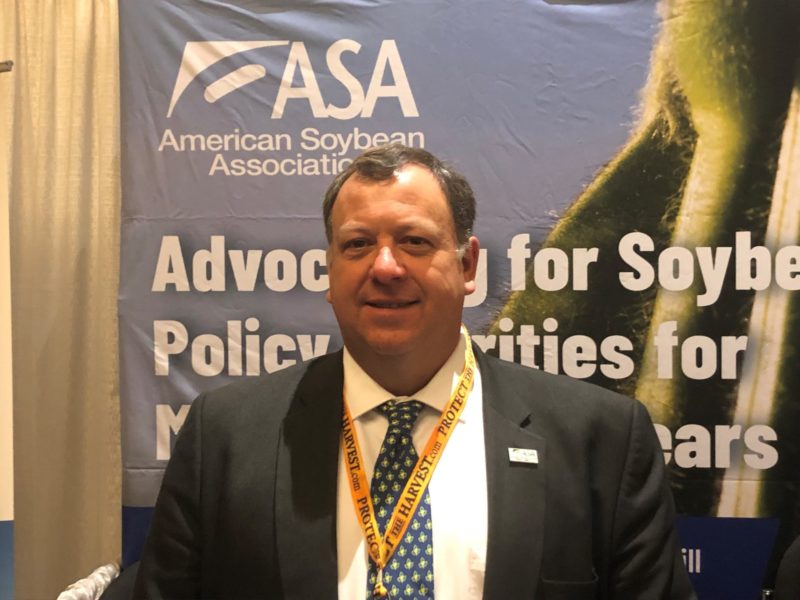 “The importance of infrastructure to soybean farmers is our competitive advantage over South America and particularly Brazil,” he says. “The highway system, the river system, the corridor, the Mississippi River where most of our crops go and float down to New Orleans to be loaded on panamax ships and shipped all over the world—that’s what gives us that advantage.”

“We’re shipping 80,000+ pounds of our product,” he says. “…all of that needs to work properly especially in the time of harvest where we’re all hustling to get the crop out and we need to get it to market as fast and safe as possible.”

“So many of our bridges are in need of repair and a lot of inspections have already signaled that,” he says. “Highway potholes may not mean much to small passenger cars but for semis it can mean costly repair damage or cause a wreck. Having those in good-operating condition whether it’s repaying or resurfacing (will be helpful). The lock and dam systems were built many years ago and are long overdue for maintenance and that’s what we’ve been pushing for. Anything to update those is critical to the vein of the Mississippi River system.”