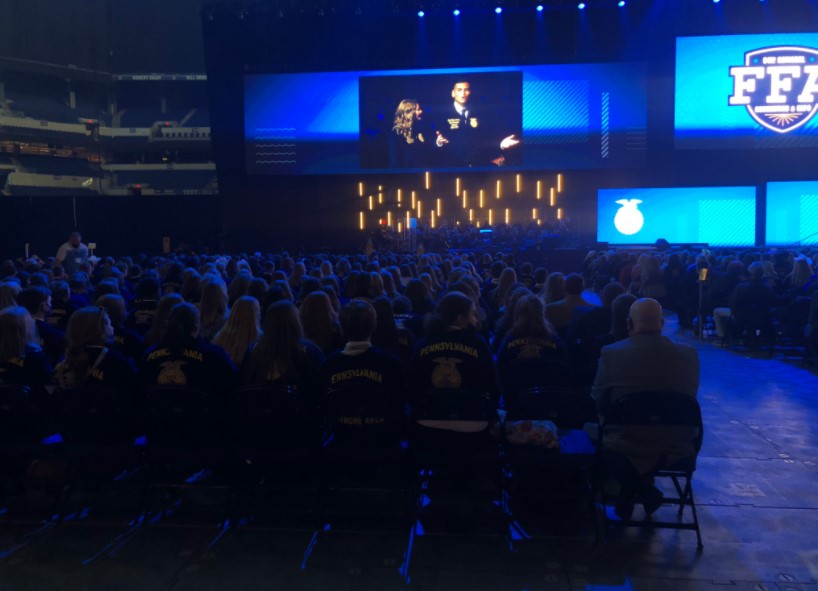 Grady Johnson of Nebraska was awarded the American Star Farmer.

For his Supervised Agricultural Experience, Johnson worked on his family’s farm baling corn stalks and selling bales to feed yards.

“A lot of cow-calf producers liked it for feed and bedding and it kind of blew up from there,” he says. “My first year I put up 600 bales and now we’re putting up close to 8,000 to meet all the orders. It’s really grown and it’s cool to see an SAE do that and it’s given me the room to go home and continue on the operation.”

Production of corn-based ethanol is also part of his business strategy.

Speaking to Brownfield before the award ceremony he said…”there’s been so many people that have lent a helping hand to this operation and I want to do it for them.”

Johnson is an ag economics major at the University of Nebraska-Lincoln. He plans to return to the farm after he graduates.

Chase Krug of Iowa is the Star in Agriscience.

He is studying agronomy and philosophy at Iowa State University. Advice he has for younger members is to look for opportunities, apply for funding through the National FFA Organization, and network with people to find solutions to issues facing the ag industry.

The American Star Awards are presented to FFA members who demonstrate outstanding agricultural skills and competencies through completion of an SAE.