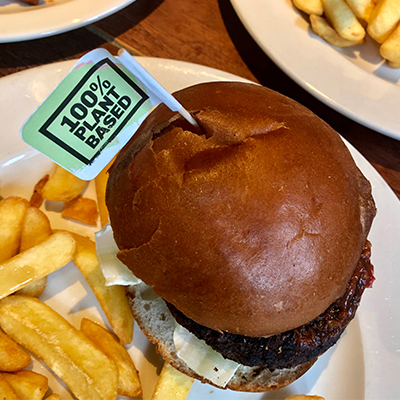 The latest survey of U.S. consumers on plant proteins shows the majority of them ate plant-based protein foods in the past year.

Ali Webster is with the International Food Information Council (IFIC) tells Brownfield Ag News, “Sixty-five percent of survey respondents say they’ve consumed them in the past year and over two in every five people say they are eating them on, at least, a weekly basis.”

She says that shows plant proteins are now very much in the mainstream compared to several years ago and the leading reason why is for health, “What really stuck out were that people were choosing these products because they perceived them to be healthy and they perceived them to be high-quality sources of protein. Those were the top reasons that we found. And the taste of the products came in as the third most popular reason for trying these products.”

Webster says sustainability was a distant fourth reason for eating plant-based proteins, which came as a surprise.

She says the results suggest growing momentum from findings in previous IFIC surveys, including the 2021 Food and Health Survey, which found 24% of adults were consuming more protein from plant sources in the past year and 19% were eating more plant-based meat alternatives.”