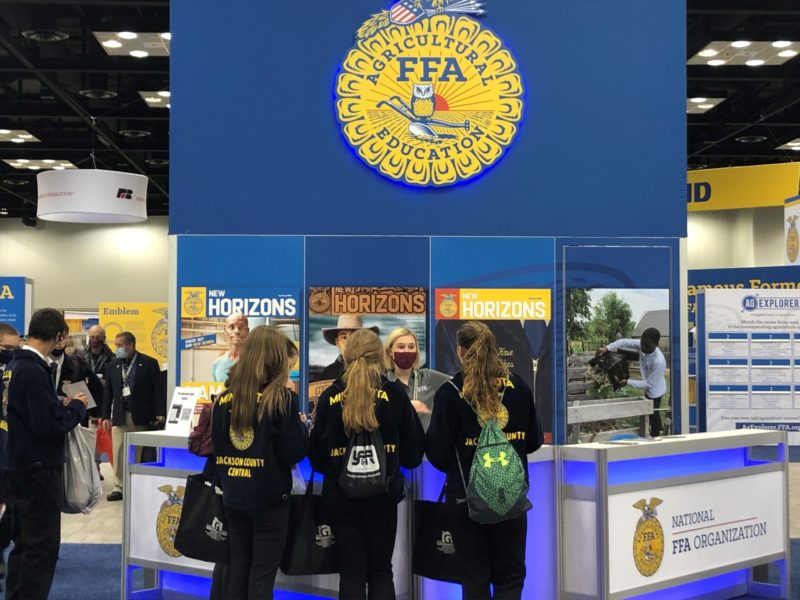 The CEO of the National FFA Organization says the in-person 94th National FFA Convention and Expo convention helped to renew hope and excitement for students around the country.

“As we are still in the 18-month period of uncertainty, disruption, and loss we’re refiling buckets and we’re encouraging hearts and we’re going to send about 60,000 back to the communities all across the nation as lights and ambassadors,” he says.

Stump began his role as National FFA CEO in June and says the organization is completing a strategic planning process.

“We’ll be working with all of the stakeholders involved in agricultural education and FFA to identify what are the two-five key strategic priority areas that over the next three years we want to invest our resources—human and fiscal— to really drive change,” he says. “It’s all about expanding opportunities for more students across the nation to have access to the incredible power of FFA which is developing their potential for premier leadership, professional growth, and career success ultimately so they will be the next generation of agricultural leaders that will change the world.”

Stump says it has been great to return to the organization where he previously managed the national officer team and the National FFA Convention and Expo.

During the first four months in the role, he says he has met with corporate leaders, donors, and sponsors who are calling on FFA to diversify and increase the number of students entering the agricultural industry pipeline and ensure content is relevant and that competitive events reflect the newest and latest technology and advancements in the agirulcutre industry.

“I’m excited because there’s so much ahead of us,” he says.