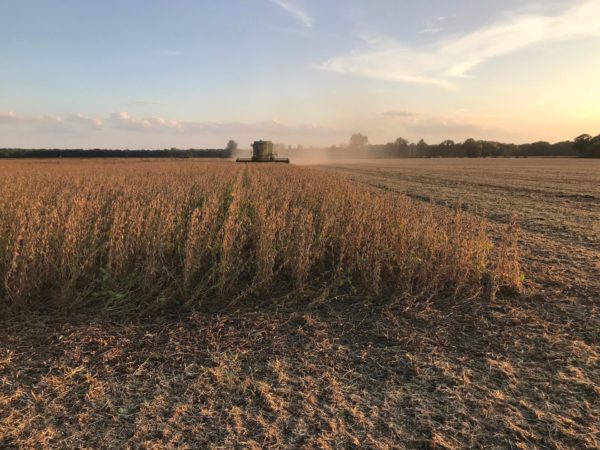 A soybean extension specialist says soybeans have been holding on to moisture and that’s slowing harvest progress.

Laura Lindsey is with Ohio State University.  “It’s been really warm,” she says.  “But it’s also been really wet.  My technician farms and is having a hard time getting into the fields because the grain moisture is high and the soybeans are tough to get through.”

She tells Brownfield soybean harvest is finally picking up momentum, and initial yield reports have been above average.  “A few yield reports coming out of western Ohio have been across the board,” she says.  “I’ve heard anywhere from 50 bushels to a guy told me had 80 bpa.  So I think yields are going to be pretty good.”

Lindsey says green stems have also been an issue for some farmers this year, which she says can be caused by environmental factors or an infestation of stink bugs.

According to the latest weekly crop progress and conditions report, soybean harvest is at 33 percent, which is well behind last year’s harvest pace and behind the 5-year average.