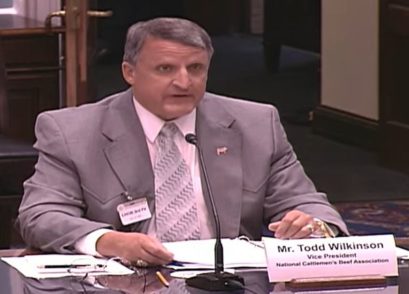 “Nothing is more important right now than increased processing capacity to America’s farmers and ranchers.”

Missouri hog producer Scott Hayes, who is vice president of the National Pork Producers Council, said they’ll work with the committee so Livestock Mandatory Price Reporting is extended for at least nine weeks and he asked for their help in restoring faster line speeds, following a detrimental court ruling, “The (federal) court decision, which was made despite the fact that faster line speeds were tested for 20 years in a pilot program in five large plants, resulted in a 2 and a half percent loss in packing capacity nationwide.”

Hayes thanked Secretary Vilsack for the recent release of $500 Million dollars in USDA funds to prevent African Swine Fever from reaching the U.S. and the committee for its support.