Some drought relief in South Dakota over past month 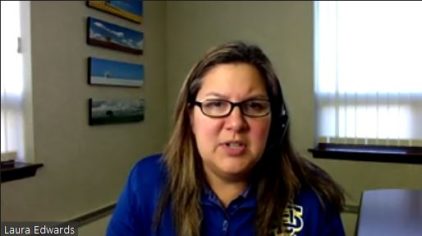 There’s been some drought relief in parts of South Dakota over the past month but some areas are worse. State Climatologist Laura Edwards during the SDSU Extension Drought Hour on Monday says conditions have improved for farmers in those areas where it has rained.

“We’ve seen some improvements in crop condition as far as the late season soybeans go, in particular. Some areas got a fourth cutting of alfalfa. Things like that, over the last month.”

Edwards says water for livestock is still a struggle, though, even in areas where drought has improved.

“We’ve seen some increases in water amounts – stockponds – but maybe not enough, as much as we’d like. And I know water quality is still a concern for livestock health.”

Edwards says parts of western South Dakota have degraded, drought-wise, while improvements are in the central and eastern areas.

According to the latest Drought Monitor, 82% of South Dakota is in some level of drought – compared to 94% a month ago.