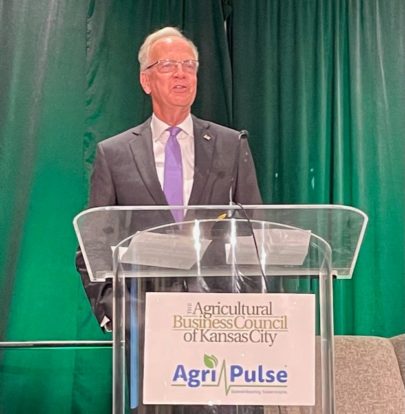 A U.S. Senator says he is working to keep stepped up basis for farmers and other tax protections.

Senator Jerry Moran says he’s pleased the House has not included the removal of stepped up basis in its plans for the $3.5 Trillion dollar budget reconciliation bill because it would be detrimental in handing down farms to the next generation…

“I’m hoping there are enough Senate Democrats that see it that way. But it would be one of the things that would be hugely devastating.”

Moran says his Democrat colleagues are still talking about how to get to the estate tax, “To make it more expensive to pass, at least for some people, their property from one generation to the next. And we’ll do everything we can to educate those folks about what that means for everyday folks on a farm.”

Moran was a guest at the Ag Outlook Forum sponsored by AgriPulse and the Agricultural Business Council of Kansas City.