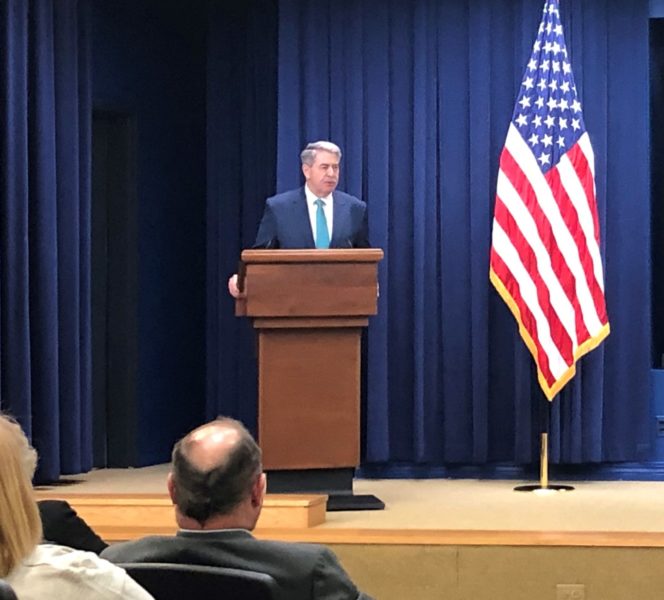 Former USDA undersecretary Ted McKinney has been named CEO of the National Association of State Departments of Agriculture.

McKinney says he’s delighted to continue serving the country through advocating for state departments of agriculture and excited to set new horizons for NASDA and ensure agriculture thrives in all 50 states and four territories.

He most recently served as USDA Under Secretary for Trade and Foreign Agricultural Affairs, and prior to that he was director of the Indiana State Department of Agriculture, where he was a NASDA member and served on multiple committees for the NASDA Foundation. He brings 30 years of agricultural experience, including 19 years at Dow Agrosciences, now Corteva Agriscience, and 14 years at Elanco Animal Health.

NASDA President Ryan Quarles says McKinney’s background reflects the spirit of the organization’s ambition to unite state, federal, and industry leaders around the best solutions for farmers, ranchers, and the communities, they serve.

McKinney succeeds Barb Glenn, who is retiring from the position this fall. He will begin the new role on Sept. 27.