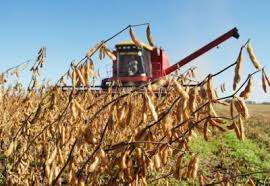 An ag economist says there will likely be a shift in organic soybean imports in the second quarter of 2022 following the Department of Commerce’s findings in a case against India which could reshape markets.

In March, the Organic Soybean Processors of America filed a petition that India was dumping organic soybean meal into the U.S. at a discount.  Ryan Koory with Mercaris tells Brownfield the department’s preliminary decision confirms those claims.

“They absolutely found grounds to support duties against India on the grounds that they were to U.S. markets,” he says.

“We may be looking at a very significant duty rate against imported organic soybean meal from India ranging anywhere from 424 percent for these 13 companies and 166 percent for the remaining companies,” he explains.

He estimates India supplies more than 40 percent of organic soy supplies in the U.S. which is largely used by the organic poultry industry.

Koory says tariffs are on pace to be implemented in January and could potentially increase the diversity of soy imports along with prices if supplies get tight.