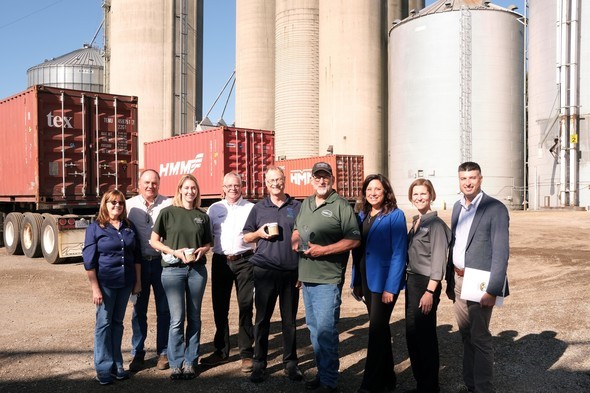 The right soybean genetics and growing relationships ahead of the pandemic earned Citizens LLC. this year’s Michigan Ag Exporter of the Year award.

Owner Bob Mansfield tells Brownfield the company has been working with Michigan State University to bring Natto and spouting food-grade soybeans, a type of super small soybeans, into the Michigan market for nearly a decade.

“This is going to be the third growing season where we’re going to harvest shortly and it took seven years to get it to that point,” he explains.  “Through the pandemic, there’s been a greater consumption of Natto in Japan because it’s affordable and it’s healthy.”

Mansfield credits Michigan’s unique climate, which can produce slightly higher protein values in the beans compared to surrounding states, and minor changes in their sorting process for some of the export success.

“We’re considered by the largest Natto manufacturer in Japan as one of the best processors,” he shares.  “We’ve already been ranked with the best quality product, but they also ranked our processing as well and put us right at the top.”