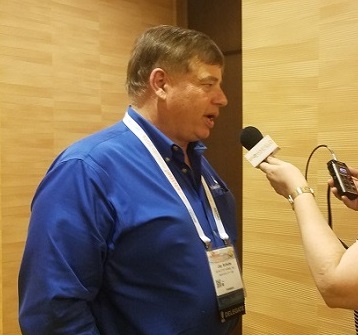 A farmer in Central Missouri says some of his fields got small hail damage but overall crop management hasn’t been difficult this year.

Jay Schutte of Mexico, Missouri applied fungicide on most of his bean crop but not the beans that were suffering from wet planting conditions.

He also applied fungicide to his corn, “It needed a little bit of help. And, we also top-dressed all of our corn with some nitrogen and additional sulfur just because of all the rain – we felt like we had some nitrogen loss. I think that was a good decision.”

He says Japanese beetles aren’t as bad as other years and they’ve had no sign of army worms. The University of Missouri Extension says army worms have been hitting pastures hard this year. Schutte’s harvest will be late because of late planting.