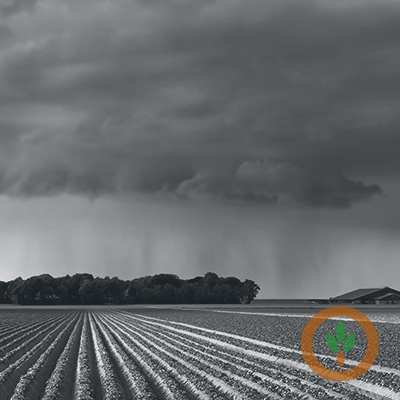 A southeastern South Dakota farmer says about 500 acres of his crops have been damaged by the weekend storm that rolled through.

Dave Poppens tells Brownfield they got four to six inches of rain, high winds and a small tornado that came through Saturday night.

“We were very fortunate right in this area. I mean we have quite a few fields that had potential for 200 plus yields and then that storm hit and it kind of just hits you in the gut – you might not get much of anything after that.”

Poppens’ crops were looking good before the storm, he says, because of good rains in July and August. Now he has to hear back from his insurance agent on how bad the storm damage was, “Where the wind came through the strongest and that small tornado, yeah, it flattened it out pretty good. So, we’re trying to assess if we can get any feed value out of it by trying to chop it for silage or if we have to maybe try and get some sort of attachment for our corn head to try and salvage what we can off of that.”

The areas of South Dakota that are drought-stricken that have gotten recent rains likely won’t see much crop relief but it could help with livestock watering and subsoil moisture.