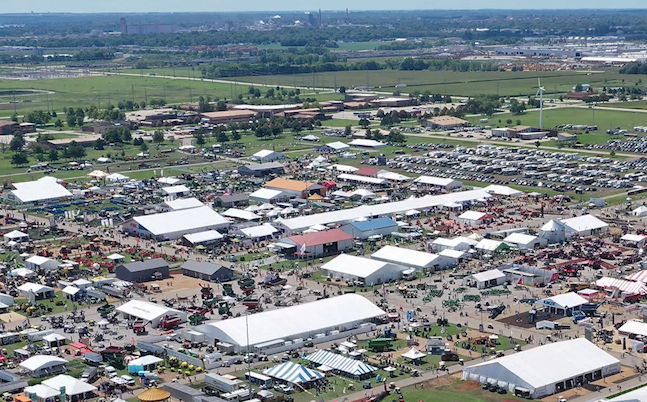 Farm Progress Show is back in person for the first time since 2019. Show manager Matt Jungmann says, “nothing replaces the live event.”

He says this is one of the first big ag events since Commodity Classic 2020.

And while the members of the ag industry haven’t been together for the last year and a half – he says the new technology and equipment haven’t stopped.  “There have been new products rolled out, they just haven’t seen them in person,” he says.  “This is everybody’s chance to catch up on what they’ve missed.”

In addition to the products that farmers haven’t seen in person – Jungmann says there’s also the stuff that’s making either its North American or global debut.  “The new Fendt Rowgator, the new template inside all the Fendt tractors,” he says.  “New Kubota tools, new versatile DeltaTrack, a new strip-till bar.  There are just all these new things.”

A link to those details can be found HERE.

Brownfield’s Cyndi Young, Meghan Grebner, Amie Simpson, Rhiannon Branch, and Will Robinson will be on the ground covering the event. Click HERE for the latest stories from Decatur, Ill.