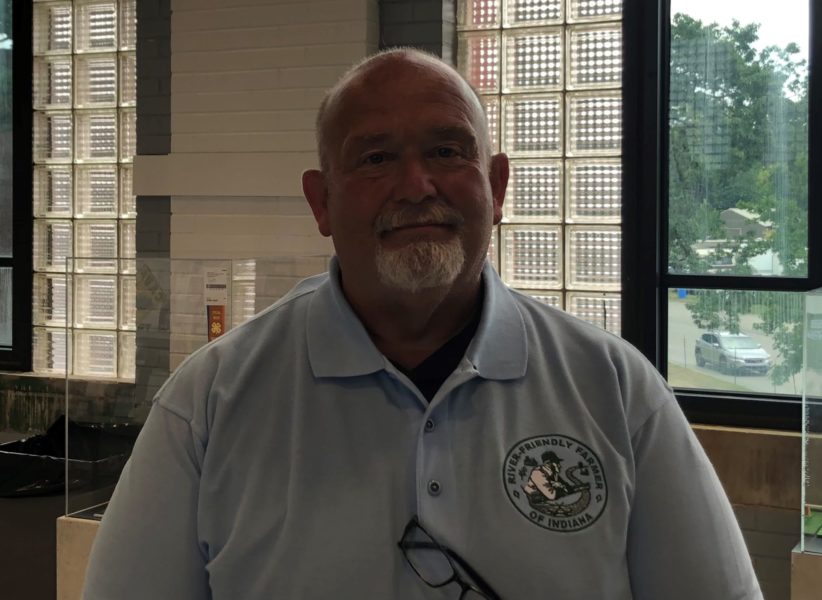 “I didn’t want to be tempted to go back and since then the farm has continued to get better year after year,” he says.

The northern Indiana farmer says his work with Notre Dame has shown that no-till and cover crops can reduce soil nutrient loss.

“Since then we have years and years of soil and water quality testing and we found out that what we’re doing is better,” he says. “I’m not going to say we have all the answers because I’m now 60 years old and the older I get the more I realize I have to unlearn just as much as I learn every year. I was taught by one of my former employers who became a landlord to always leave things better than you found it and that’s the philosophy we went with.”

He received a River-Friendly Farmer Award from the Indiana Association of Soil and Water Conservation Districts recently at the Indiana State Fair.

“It feels good to be recognized,” he says. “…this award will be proudly displayed.”

Long joins the more than 1,000 farmers from around the state who have received the honor since the award’s inception in 2000.