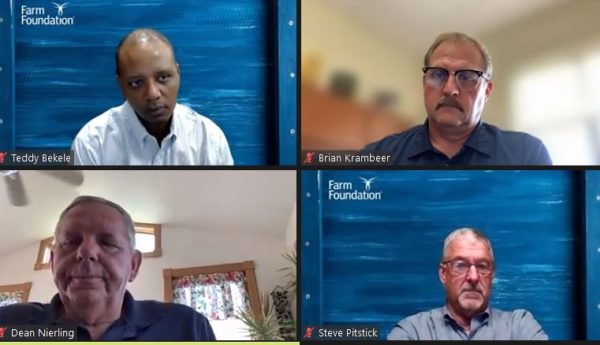 A farmer who has ready access to broadband and digital ag technology says he’s pleased the U.S. Senate has passed an infrastructure bill with ample funding for expanding broadband.

Steve Pitstick farms in northeastern Illinois near Chicago, “But my counterparts in other parts of the state just haven’t caught up yet and I think rural broadband is very necessary. It’s much like electricity was 70 to 80 years ago. We need to get to that last mile to get the opportunity for those people to be on board.”

Brian Krambeer, CEO of MiEnergy Cooperative says it’s a great step forward as they move to connect more people in their region (southeast Minnesota and northeast Iowa) to broadband but says it should be spent by the states.

“I certainly support those dollars going to the state level. I think they have a closer handle on the areas that are underserved and unserved to be able to allocate those resources.”

Both men were part of a Farm Foundation discussion on advancing digital agriculture at the farm level.