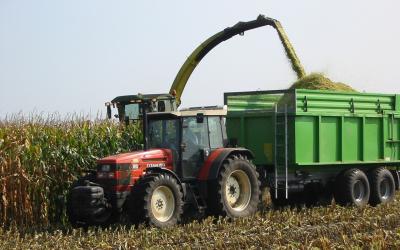 Many growers with drought-damaged corn are considering harvesting it for silage but an Extension feedlot specialist says looks can be deceiving.

“If I’m going to make a mistake on chopping silage I would rather be too dry than too wet.”

He says harvest should start at no wetter than 70% moisture with the goal of being completed before the crop is drier than 58 to 60% moisture. The length of cut should be between one-half to three-fourths an inch.

“So that’s one of the key reasons why when we talk about ensiling being the preferred method to dealing with drought-stressed corn or sorghum silage or any of these crops that accumulate nitrates, that’s the reason why.”

He says that provides a measure of safety that cannot be achieved through other harvest methods.