Cattlemen to set policy during annual meeting in Nashville 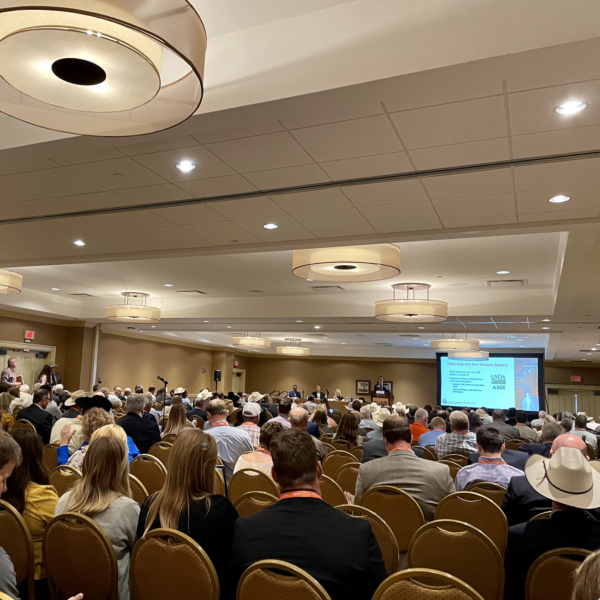 The Cattle Industry Convention makes its return in Nashville this week.

Ethan Lane with the National Cattlemen’s Beef Association says they’ve been eagerly awaiting the return to in-person policy discussions and there are plenty of issues for members to tackle.  “This is where we get to hear from producers around the country, form our producers around the country about what’s top of mind for them,” he says.  “What’s on their radar, what’s they’re bringing in terms of policy, new ideas, and things that will move the industry forward.”

He tells Brownfield talks about increasing cash trade will likely dominate the conversation.  “You know, we’ve been divided,” he says.  “We have a lot of producers who are in support of a mandate and there are a lot that are opposed to it.  And I would suspect as we converge on Nashville we’re going to hear more from them about where those states are evolving and it’s kind of all over the map.”

But, Lane says they’ll also need to spend time discussing other issues like the funding in the infrastructure package and the new reports from the USDA’s Agricultural Marketing Service.