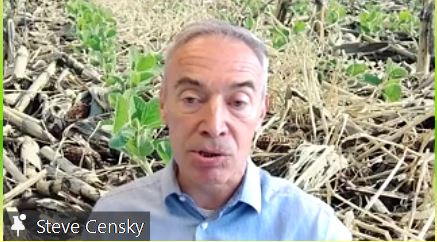 The CEO of the American Soybean Association, Steve Censky, says they strongly support the bipartisan infrastructure bill in Congress which has a LOT of funding for broadband.

“I think it was $65-Billion for broadband which is needed,” Censky says. “I mean, USDA has been investing with their Reconnect program. The FCC has had around $10-Billion for rural America, I believe it was. But this would be a significant bump up.”

Censky says, “It’ll be many years, if not decades, before we bring broadband to all the areas that need it. So I think a significant infusion of capital like that is needed.”

He says the infrastructure bill does not contain what he calls “poison” tax provisions like a step up in basis which is another reason ASA supports it. Censky was a guest on the AGree-hosted panel on data innovation.