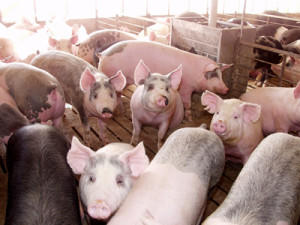 Andrew Baily, science and technology counsel with NPPC, says the ruling leaves pork producers “scrambling” to find other processors as harvest capacity diminishes. “This creates a tighter market in terms of shackle spaces at hog harvest facilities, which makes it tougher for producers to find places for their hogs and runs the risk of especially the smaller producers losing the contracts they have and going out on the open market.”

NPPC says USDA has until the end of August to file an appeal after the regulation went into effect Wednesday.

Bailey tells Brownfield the ruling will lead to increased pork industry concentration and hurt producers. “Those producers who’ve come together to build a plant and for a lot of producers they’re taking it on the chin twice you know not being able to send their hogs to that plant anymore, but the plant itself would produce less product essentially making less money, right.

An analysis by Iowa State University shows the ruling will result in a 2.5 percent loss in packing plant capacity leading to nearly $80 million in reduced income for U.S. hog farmers.