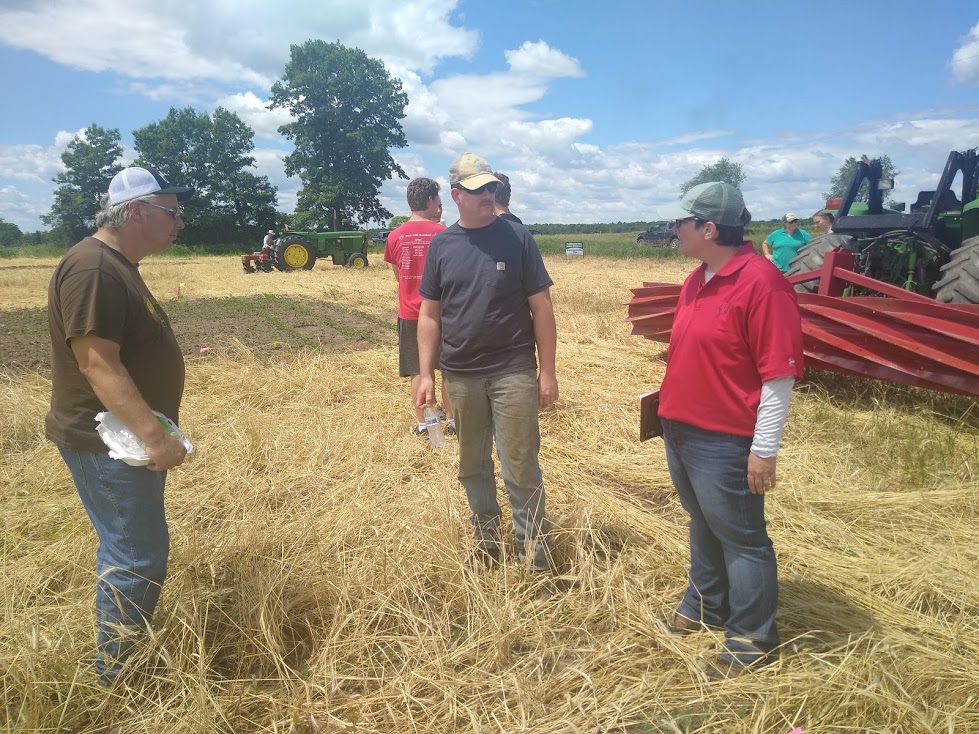 An extension specialist says farming practices like planting into cover crops is having multiple benefits, especially this year.  Jamie Patten with the University of Wisconsin’s nutrient and pest management program tells Brownfield the cover crop residue is doing more than holding soil in place. “Particularly this year, we’re seeing soil health fields shining, so with a lack of rainfall, those soils that had a little bit higher organic matter or those that had a little bit better structure seem to be fairing better under these low rainfall situations.”

Patten says her program has test plots around the state, and west of Stevens Point, they demonstrated how a roller-crimper can help soybeans. “What we are looking to do is this rye has been terminated already, about a week ago, so we’re just pushing that rye down now so that we can get better soybean emergence through that residue.”

Patten says the soybeans popped right back up after the crimper went through the field, and the rye cover crop helps with both soil health and moisture retention.

This is the first year of a UW extension study on the use of cover crops.  Patten says farmers will be able to see data from this year online later this fall.