Drought areas not likely to see sustaining relief in near-term 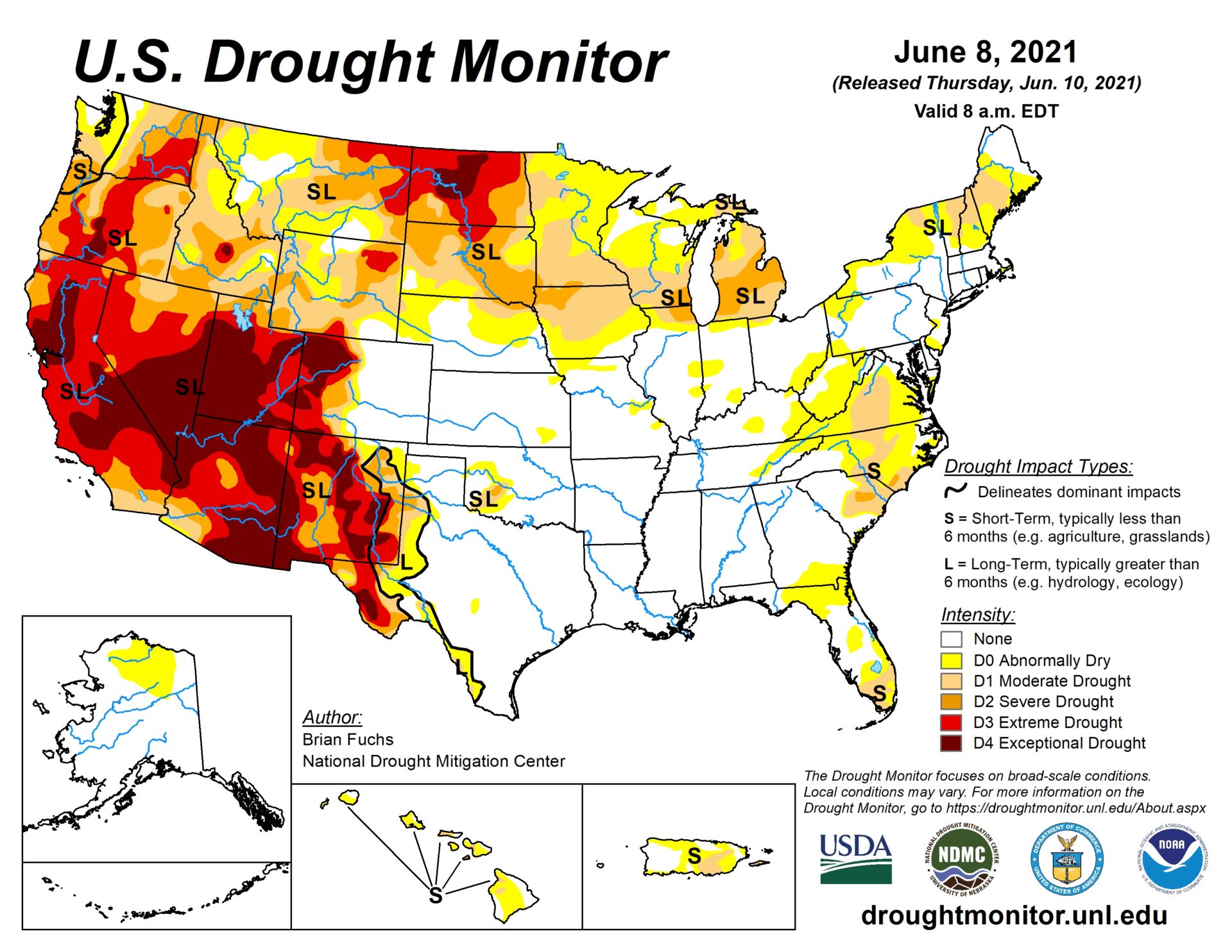 Brownfield’s meteorologist says despite recent rains, there hasn’t been enough moisture to break expanding drought conditions in parts of the Midwest.

“Boy some big expansion through Michigan, down to the Indiana toll road, across north and northwest sections of Ohio.”

“Still in that moderate to severe drought category in Minnesota, Iowa, and of course the bullseye—the exceptional drought continues on despite recent rains,” he says.

While parts of the Central Corn Belt have good crop conditions, moisture deficits are also growing there as well.

Soulje says improvement is likely in the Central Corn Belt and Northern areas with two systems in the works for later this week and into next, but it’s not expected to bring sustainable rain to replenish moisture levels yet.