Nearly all of Michigan in drought 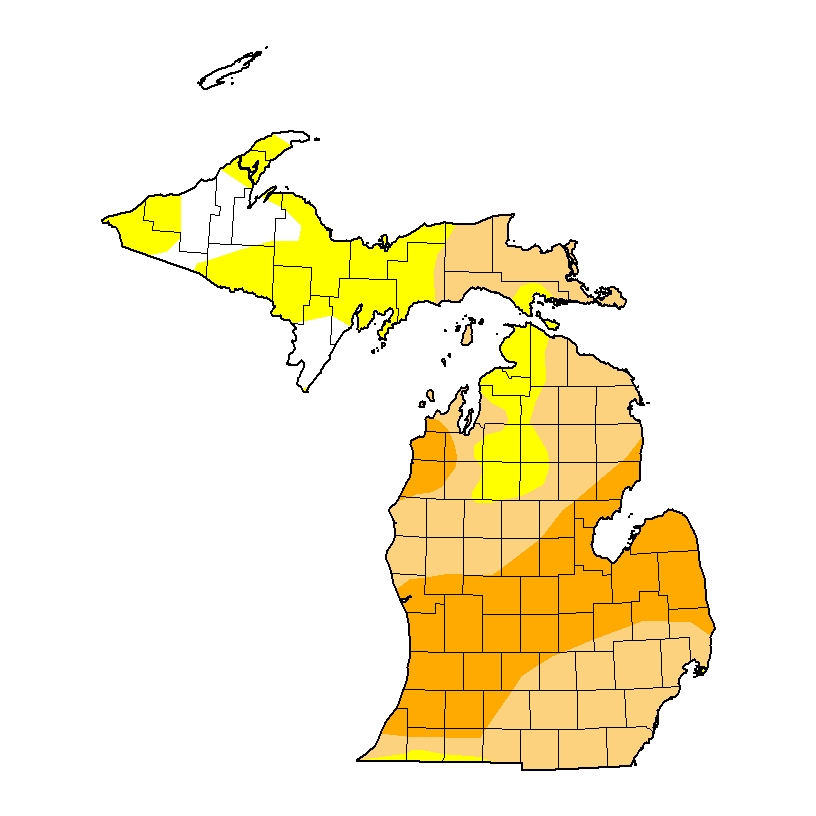 Tuscola County farmer and Michigan Farm Bureau President Carl Bednarski says, “Next couple of weeks are going to be very, very critical,” he says.  “If July 1st rolls around and we still haven’t had any rain, we’re in for some serious crop reduction yields.”

Mid-Michigan farmer Tony Igl tells Brownfield there’s been at least a six-inch moisture deficit for the state since January. “It’s concerning what it’s going to be in the future in the next couple of months because it usually doesn’t get wetter,” he says.

This past week the U.S. Drought Monitor expanded Michigan’s severe drought across the Lower Peninsula encompassing a third of the state with more than 90 percent of Michigan now in some form of drought.