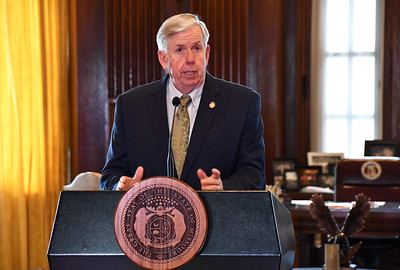 Missouri Governor Mike Parson, a cattle producer, says he’s keeping a close eye on the cattle market inequities but there is not a lot state government can do.

“It’s kind of tough sometimes really to help farmers. It’s just tough to have programs that you can just really help sometimes because it depends so much on Mother Nature and what we do.”

“And I think we’ve seen that to some of the slaughter industry that we have out there, some of the meatpackers on the larger scales. I’m proud that Washington, D.C.  is pushing hard on that issue but I think there’s things we can do here in Missouri when we take care of our small businesses that have agriculture that we can help with and we’re going to continue to do that every year.”